Rogue Spear: Urban Operations landed at our front door Friday, and after playing through some of the new maps, we thought we would have a quick look at it over the weekend before diving in for a serious preview. We've also included a few screen shots from both the new and classic maps.

Urban Ops (UO) isn't merely a mission pack, it is an upgrade for Rogue Spear (RS), and it does quite a bit more for RS than Eagle Watch did for Rainbow 6. UO offers not only new maps and new weapons, it fixes a few multiplayer issues as well as upgrades terrorist AI and abilities. There are also some new game types, the most interesting of which is "defend". Also included is a custom mission builder. Add in some new graphic touches, and you get a very good bang for your upgrade buck. 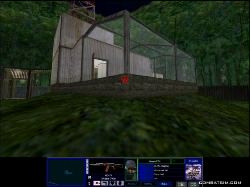 UO includes four new weapons, all but one being light machine guns. The AWS is a suppressed rifle designed specifically to fire the 7.62 subsonic round. The M249, HK21E3, and RPD are light machine guns with ammo capacities up to 200 rounds. The folks at Redstorm Entertainment (RSE) have made sure that none of these weapons will affect the balance of game play, since if you aren't crouched firing very short bursts, your reticule will grow to about 80% of the screen. For raining rounds through an open doorway, the M249 is perfect, since you can carry 600 rounds for it. Used for anything other than suppression fire, you will probably find yourself outgunned by players using rifles and smg's. 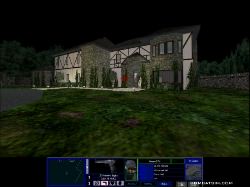 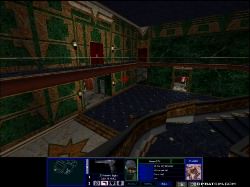