Well, with ad copy like that, what are you waiting for? Check out the demo.

Matrix Games Seeks Developers
Matrix Games (http://www.matrixgames.com) is a fast-growing developer, producer and publisher of computer games. Based in North America, Matrix employs staff and contractors across the globe and is always scouting for great games that have not yet found their way to market.

"We have hard-earned experience in meeting the business needs of our developers. Our attentiveness to the internal development process and our excellent record with our customers make the Matrix name a desirable one for developers seeking a partner," said David Heath, Director of Operations at Matrix Games.

If you think you have what it takes, contact David Heath at [email protected].

This service aims to provide Publishers and Developers with immediate access to specific expertise in relation to online games and ways games can be targeted towards the growing market for online games players.

Military News U.S. Army Awards Raytheon $265.8 Million for Expanded Excalibur Contract
TUCSON, Ariz., Raytheon Company (NYSE:RTN) has been awarded a $265.8 million U.S. Army contract modification that expands the capability of the Excalibur program to meet the war fighter needs of both the U.S. Army and the Kingdom of Sweden (KOS).

Excalibur is a member of the family of precision guided projectiles under development at Raytheon. Other programs include the U.S. Navy's 127mm Extended Range Guided Munition (ERGM) and the 155mm Advanced Gun System (AGS) Long Range Land Attack Projectile (LRLAP). These products dramatically improve both the accuracy and effectiveness of gun launched artillery through the incorporation of a tightly coupled global positioning system/inertial measurement unit (GPS/IMU) guidance package that allows targets to be hit with the accuracy demonstrated by air launched weapons in recent conflicts. A recent ERGM guided gunfire test at White Sands Missile Range, N.M., flew over 70 kilometers and hit within four meters of the aim point -- demonstrating capabilities long desired for Marine Corps units ashore.

Naval Robot Mine Sweeper
WASHINGTON (NNS) -- Since the beginning of the Cold War, more than a dozen U.S. Navy ships have been casualties of mines, such as USS Samuel B. Roberts (FFG 58), which nearly sank after striking an Iranian contact mine in 1988. 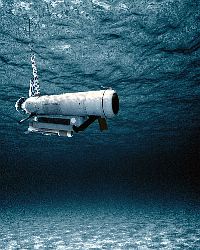 The Remote Minehunting System (RMS) is an organic, off-board mine reconnaissance system offering carrier strike group ships an effective defense against mines by using an unmanned remote vehicle. Lockheed Martin Naval Electronics and Surveillance Systems  Undersea Systems is developing RMS under a contract awarded by the Navy in December 1999.

Defense Minister Jose Viegas Filho said Lula, who took office this week, had asked for the purchase, one of the biggest arms deals in recent Latin American history, to be reconsidered in a year.

"This does not mean that the project has been abandoned," said Viegas Filho. "The president has said he holds the armed forces in high esteem."

Viegas Filho said the government may consider alternatives such as renting planes or buying used jets to replace Brazil's French-made Mirage combat jets, which date to the early 1970s.

The purchase was the prize contract in a $3.35 billion plan, unveiled in mid-2000, to update Brazil's aging air force fleet.

Bethesda-based Lockheed Martin Corp., maker of the F-16 fighter jet, is pursuing the contract, along with Sweden's Saab AB and Britain's BAE Systems PLC, maker of the Gripen jet; and a joint offer by Brazil's Embraer and France's Dassault Aviation SA with a special version of the Mirage strike plane.

Russia's Sukhoi is also in the bidding with its Su-35 Super Flanker fighter.