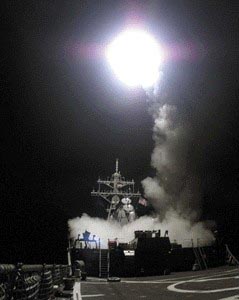 On Aug. 1 and 2, ASDS Boat 1 successfully delivered SEALs and their equipment during nighttime exercises to a precise drop-off point off the coast of Hawaii. Additionally, lock-out operations were completed, enabling the submerged departure of SEALs and their equipment. The last step was submerged recovery of SEALs at mission completion. The ASDS performed exactly as planned and participants praised the achievement. 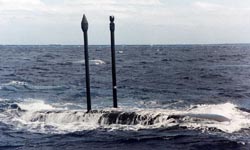 Since December 2001, Boat 1 has successfully completed an aggressive schedule of testing designed to demonstrate the capabilities of the ASDS and prepare it for an operational evaluation in mid-2003.

Recent testing has included docking and launching maneuvers on a stationary primary host simulator that replicates the mating structures on a host submarine, demonstrating submerged anchoring ability, and conducting diver lock-in/lock-out operations. These tests continue to prepare Boat 1 for dynamic launch and recovery operations from USS Greeneville (SSN-772) in the fall of 2002.

The EA-18G is one of the platforms under consideration to replace the EA-6B Prowler electronic warfare aircraft. The U.S. Navy has an operational need to begin replacing the Prowler by 2008. 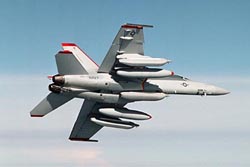 "We've completed five flight demonstrations so far," said Paul Summers, Boeing EA-18G program manager. "With each flight we've systematically expanded the carriage envelope with the ALQ-99 jamming pods. Our flight program has taken us to 30,000 feet and 0.9 times the speed of sound, further validating our concept and our capability to perform the airborne electronic attack mission."

Boeing began exploring the possibility of modifying the F/A-18F for the AEA mission in 1993. Since then, Boeing has performed detailed design activities, conducted full-scale antenna range testing and wind-tunnel tests. The U.S. Navy recently completed initial full-spectrum electromagnetic compatibility testing of an F/A-18 Super Hornet with radiating ALQ-99 pods. In addition, more than 450 Navy and Marine Corps aircrew have been through the manned cockpit simulator in St. Louis. Aircrew feedback has been used to refine the EA-18G crew vehicle interface concept.

The EA-18G will perform full-spectrum electronic surveillance and attack of enemy threat radars and communications nets. A derivative of the two- seat F/A-18F Super Hornet - a platform which is in production today - the EA-18G leverages the U.S. Navy's investment in the F/A-18E/F Super Hornet platform and Northrop Grumman's Improved Capability III electronic attack system, which significantly reduces risk over unproven platforms and systems. The EA-18G is more than 90 percent common with the Super Hornet and is expected to significantly reduce support and training costs for the U.S. Navy.

The combination of a validated design, proven platform and proven electronics positions the EA-18G program to begin a System Development and Demonstration phase in 2004, with aircraft in the fleet as early as 2009.