Conflict: Missing Presumed Dead will be an entirely original concept based on the events of the Vietnam War. It follows the exploits of four US soldiers cut-off behind enemy lines during the 1968 Tet Offensive. Out of contact with their unit, the soldiers have to work their way back to the American lines in an epic journey reminiscent of Apocalypse Now. Instead of going up river into the heart of darkness, they have to escape out of overrun territory. Conflict: Missing Presumed Dead will be published in Autumn 2004.

World War II: Panzer Claws is a real time strategy game that depicts the struggles in war torn Europe between 1941 and 1944. The player takes control of a variety of armored and mechanical units, ground troops and air support units in epic World War II battles of skill and nerve. The game spans the German attack on the Soviet Union through to other important battles on the Eastern Front, operations in France and Italy to the German offensive in the Ardennes. You can play as German, Soviet or Allied troops in both the single player campaign mode and multiplayer modes. The game is the first to use Reality Pump's newly developed 'Earth-3' engine, which enables stunning graphics and spectacular levels of detail. Screenshots

New Screens: Prisoner of War
We have a couple of new screens from Codemasters upcoming 3rd-person adventure game Prisoner of War. The game captures the heroism of Allied escape attempts from POW camps during World War II and Colditz is its toughest stronghold. Release Date: Summer 2002 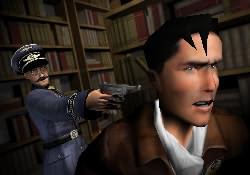 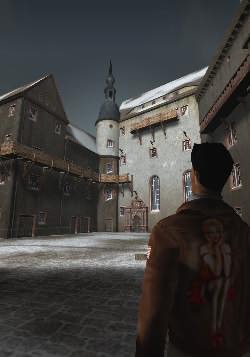 The Readers Choice Edition will contain an updated version of WWII Online along with numerous new features and enhancements. Some of which are:

The development team for WWII Online also announced plans for the next upgrade to the game which introduces new features such as sentries, attrition as well as updates to current systems including a sound suite overhaul and updated terrain textures- giving the game a brand new look. The new version will also add additional aircraft, armor and weapons to the battlefield.