PC News America's Army Server Overload
It was an Army of hundreds of thousands who stormed the Web this fourth of July weekend to download the U.S. Armys Americas Army game. More than 400,000 people downloaded the special Recon version of the Americas Army: Operations game. The Recon version was intended to give gamers a taste of America's Army, an innovative, realistic computer game providing civilians with an inside perspective and a virtual role in todays premier land force: the U.S. Army. In addition the Army was using the Recon version to stress test the games server technology to prepare for the complete games launch at the end of the summer.

At its peak, HomeLAN's authentication system has served over 500,000 authentications - averaging 15 every second, and the Americas Army Website had 750,000 hits per second. The Army, along with HomeLAN, worked through the July 4th holiday and weekend to nearly triple the number of official Army operated servers to handle the huge number of gamers wanting to play, and as of today more than 240,000 people have gone through the basic training to advance on to multiplayer missons. The Army also increased the number of servers hosting the MOUT (Military Operations in Urban Terrain) qualification missions so that players could advance quicker to the multiplayer missions, and also increased the number of players that can participate in each mission. The Army is also working to release dedicated server software this week for the games community in order to allow gamers to host their own official dedicated servers.

LTC Casey Wardynski, project originator and director said, "Obviously we are thrilled by the massive success and interest in the Americas Army game this past weekend. With this great demand weve taken all measures to ensure that everyone who wants to play the game will be able to. Weve increased the number of servers, increased the number of gamers that can play in a mission and are releasing software this week to let gamers host their own servers. Wed like to thank the gaming community for their assistance in making the game a success, and their feedback and patience as we continue to support our players. Keep an eye out for new missions in the next few weeks."

Exclusive Screens: WWII RTS
Along with an exclusive interview with IC regarding their upcoming WWII RTS, we have these fantastic screens to share with you. For more on WWII RTS, check out COMBATSIM.COM's interview here. 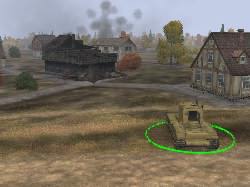 New Screens: Battlefield 1942
We have 8 new screens from, Battlefield 1942, the World War II first-person mutiplayer game set for release this summer. Battlefield 1942 allows players to choose from 16 famous battle sites, including Omaha Beach, Stalingrad and Wake Island, from the four main theaters of World War II including the Pacific, Eastern and Western Europe and Northern Africa. With the ability to control more than 35 authentic Axis and Allied vehicles and select from five distinct character classes, players face many choices when developing their plan of action. The game will deliver dramatic moments of World War II, such as heroically storming or defending the beaches of Normandy, commanding a battleship or dive bomber at Guadalcanal, and taking charge of a tank or an artillery vehicle in Tobruk. 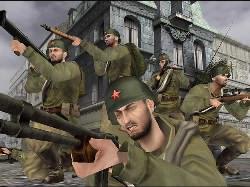