IL2 Weekly Development Update
Oleg Maddox and his team are busy working on the new update for the beta test. They have implemented suggestions from beta testers including multi USB support, new user custom settings, snap views and many other small but good features. Until next week, there is new beta tester screenshots posted for your enjoyment. Click here

WWII Online Version 1.21 Released
"World War II Online" Version 1.21 is done and on the auto-updater. Fixes and additions include: 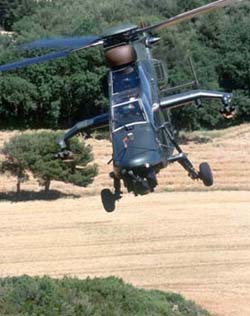 The company and Defence will now enter into detailed development of the tender. When the contract for the 22 helicopters is finalised it will be worth about $1.3 billion and will create up to 150 jobs during the assembly phase from mid 2002 to mid 2006. The first of the helicopters are scheduled to enter service by the end of 2004.

Eurocopter has proposed that assembly and deeper maintenance will be carried out in Queensland. This project will give Australia a new level of industry capability for the maintenance and support of leading edge technology. Importantly, some of the components produced in Australia will be exported and thus give Australia entry to the world-wide supply chain for Eurocopter.

Australian Defence Minister Peter Reith said at a press conference at announce the decision, "We are looking at a twelve-month from date of decision through to the finalisation of contract negotiations to see this project put in place. So it's a very important day for the Australian Defence Force, and we are very pleased that we have been able to make the progress that we have. "I think it's also a very important day for Queensland in seeing established here a new industry base which will provide jobs and export incomes for the country."

Gilbert Danglettre Eurocopter's man in Australia said, "...to be consistent with the policy of EADS, which is to settle in for the market and not only for one programme, we have proposed as well the production line of the EC120, which is a civil helicopter, which is at the beginning of its career. It's the same kind of technology so there are commonality, and therefore this industrial approach makes a lot of sense. We would produce between 30 to 50 helicopters per year for re-export out of Australia in the whole region.

Air 87 has been a lead project in the overall reform of acquisition processes, designed to reduce the costs of tendering and to accelerate the introduction of new equipment into service. In the past, it has typically taken two to two and a half years to get major projects from tendering to contract signature. If negotiations proceed smoothly it is possible that this project could reduce that time to less than twelve months.

Eurocopter has committed itself to offset commitments higher than the requested 50 per cent of Australian industry involvement over a period of ten years on the value of the contract, including the first three years of in-service support. 49% of Australian Tiger production will be in Australia, and re-export of products, including the tail-boom and wiring harness, for the Tiger aircraft ordered by France and Germany will push that figure well over 50%.

The other contenders in the competition were Agusta's Scorpion, Bell's Cobra, and Boeing's Apache.

NNS Buyers, DoJ, DoD Agree To Delay Deal Closure
General Dynamics and Northrop Grumman, the two companies vying to buy Newport News Shipbuilding (NNS), have said they will comply with a Department of Justice (DoJ) request not to issue their intent to close their proposed acquisition of Inc before August 20, 2001. This effectively means there will be no closing date before 4 September 2001 (10 business days after notification).

In the agreement, DoJ and DoD said that they will inform the companies of their enforcement intentions regarding the transaction after receiving notification of intent to close.

On 25 April 2001,General Dynamics announced its intention to acquire NNS; the company filed its Hart-Scott-Rodino pre-merger notification with DoJ on 10 May.

Northrop Grumman announced its offer to acquire NNS on 9 May, 2001; the company filed its Hart-Scott-Rodino pre-merger notification with DoJ on 18 May.

DoJ requested additional information on the transaction, and General Dynamics, Northrop Grumman and Newport News announced that they would comply.By law, the waiting period required under Hart-Scott-Rodino would have expired 10 days after the companies substantially complied with the request, unless it was extended by court order or by the consent of the companies.

The Companies has substantially complied with the request, and would have been free to close the deal after waiting 10 days. With today's agreement, the companies, DoJ and DoD have consented to let the review process proceed.

The model is a derivative of the Super Tucano. The new aircraft, configured as single-seat or tandem two-seat, is designed for training and operational missions in the Amazon region, and the first delivery is planned for 2003.

Embraer hopes that the decision by the FAB will be a boost for the export potential of the aircraft, currently under evaluation by a number of air forces around the world.

In the FAB version the ALX will be equipped with an advanced navigation and attack system. Its flight instrumentation is compatible with the use of night vision equipment, two multifunction 150 x 200 mm displays, a pilot nacelle configured for HOTAS (Hands-On Throttle and Stick) and two main mission computers.

The two-seat version of the ALX is can operate with an infrared sensor installed in the fuselage belly, which enables night surveillance and attack missions.

Its service ceiling is superior to 35,000 feet and, among others systems, incorporates new OBOGS (onboard generation of oxygen), an anti-g system, 0-0 ejection seats that enable safe pilot ejection in zero speed at ground, a reinforced landing gear and a new environmental control system.

Capable of carrying a large array of conventional and smart bombs, air-to-air missiles and machine gun and cannon canisters, the ALX is equipped with two .50 machine guns embedded in its wings. It can carry a 1.5-ton weapons payload.

Embraer plays an important role in the Brazilian Defense System - more than 50 percent of the FAB aircraft fleet is composed of Embraer products.

US Marine Corps Harriers Return
The US Marine Corps' entire fleet of AV-8B Harriers have rejoined the Air Combat Element of Marine Expeditionary Units scheduled to float in September and October. Harriers will be attached to both the East Coast 26th and the West Coast 15th Marine Expeditionary Units, both of which will deploy with the thoroughly tested aircraft providing part of the air combat element. 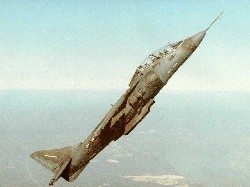 Last October, Headquarters Marine Corps suspended the Harrier's involvement in MEU deployments while the Harrier fleet was recovering from engine problems. Before that, in July, the reliability of the Harrier's Rolls Royce F402-RR-408A engine was questioned following an engine failure in Yuma, Ariz., in which the pilot ejected safely, but the aircraft was lost. Investigation into this engine failure and other engine failures revealed repeated failures of the engine No. 3 bearing.

This new IGV controller, considered an upgrade, was installed at the Rolls Royce factory. This further slowed the recovery process while these 408B engines were converted back to 408A engines with the older IGV controllers. Now, however, with all aircraft modified and the necessary pilot training and re-training accomplished MArine Harrier Squadrons can re-join their MEUs.