Allied Assault Movie 2 Released
Electronic Arts has released movie 2 of 4 for the Normandy Campaign (Mission 3 Level 1)from the upcoming title "Medal of Honor: Allied Assaul"t. that shows soldiers coming in on LCVPs, landing on the shores of Omaha Beach, and then moving forward while being fired on by enemy soldiers. Allied Assault includes 22 different types of enemies, 18 enemy vehicles, and 21 weapons to take them out--including Thompson submachine guns, Mark II Frag grenades, flame throwers, sticky bombs, and a .50 caliber mounted machine gun. An assortment of interactive vehicles like M4 Sherman Tank, are also available. As far as multiplayer in concerned, Allied Assault will feature team combat and deathmatch modes. Release Date: October 2001. Click here to check it out.

New Global Ops Screens
Barking Dog Studios and Crave Entertainment have posted two new screenshots from the upcoming title "Global Operations". "Global Operations" is a first-person shooter similar to the incredibly popular Half-Life: Counter-Strike, but it offers a few different features such as fully customizable weapons, allowing players to add different parts to a basic weapon and change them when necessary. The game also features a slightly more realistic physics engine that calculates a bullet's speed depending on the weapon used and whether it makes contact with some sort of surface. In addition, "Global Operations" lets players select from seven different character types, each of which has unique abilities. Release Date: Q4, 2001

For more on the Free WarBirds III in August click here. To read our previous coverage click here. 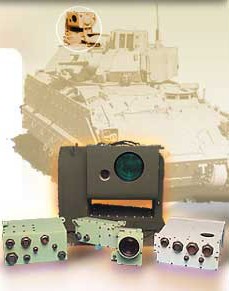 The CIV provides a 360-degree view of the battlefield, improving the crew's ability to locate and identify targets. The system creates a video image of the target for engagement by the Bradley's 25mm gun or TOW missiles. The gunner's Improved Bradley Acquisition System (IBAS) is also developed and produced by Raytheon in McKinney, Texas.

The hunter-killer and target acquisition performance of both CIV and IBAS was called "truly revolutionary" by soldiers in the field during DCX, which involved 45 Bradley A3s, 7,500 soldiers, and 950 vehicles.

The CIV and IBAS use the Horizontal Technology Integration (HTI) FLIR B-Kit, developed and manufactured by Raytheon to provide superior thermal imaging capabilities. The CIV provides the Bradley commander with stabilized thermal and day TV views of the battlefield well beyond the range of present weapons systems on the Bradley A3 and its adversaries.

Can QinetiQ rule out runway debris?
A year on from Concorde's crash at Paris, QinetiQ has announced an invention which could help airports rule out runway debris. Proven in development trials to pick out small objects on an airport runway from a distance of 300 metres, QinetiQ believes that the commercial version of their product will be able to identify small debris from up to 1.5km away. QinetiQ is the recently privatised part of the UK's Defence Evaluation and Research Agency (DERA). 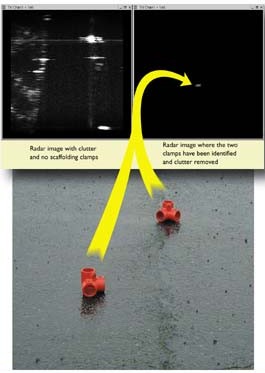 Although this product was not developed as a consequence of last year's Paris Concorde crash, the issue of runway debris was brought to the forefront of people's minds by the tragedy. More than ever, airports are keen to be seen to be doing all they can to safeguard against foreign objects and debris (FOD) being left unattended on their runways.

"We have already spoken to a number of airports that have shown a great interest in our product and in the idea of an automatic debris alert system. As well as scanning the runway the antenna could also be used to scan the apron and taxiways to monitor smaller moving vehicles such as baggage carts and vans. Another potential use could be for security monitoring to check for intruders whether they be human or animal. In the United States, airports still have to abort hundreds of flights each year due to runway incursions and some airports around the world are subject to wildlife straying on to the runway which causes similar problems." said Tim Floyd, Business Development Manager at QinetiQ.

Currently, it takes as much as 45 minutes to manually inspect a runway for debris, up to four times a day. QinetiQ's product uses high-resolution Millimetre Wave (MMW) radar to continually scan and look for FOD. It can also operate in all weather conditions such as fog and rain and can obviously be used at night, when manual inspections are made more difficult, with no loss of performance.

As aircraft become larger and heavier, the potential for risk and damage is increasing. Loss of take-off and landing slots, due to debris or inspections can be extremely costly and disruptive to airlines and their passengers. Steps that can be taken to minimise risk and liability are of interest to all parties including airlines, airports and even insurance companies.

New Facility To Help Maintain F-111 Fleet
A new purpose-built facility designed to test the structural durability of Australia's F-111 fleet has been handed over to the RAAF at its Amberley F-111 base in Queensland. The Cold Proof Load Test facility, constructed and commissioned by Lockheed Martin Australia Limited is designed to proof test the F-111 airframe which is a vital component of managing the aircraft's structural integrity and assuring the fleet remains a viable capability until its planned withdrawal in 2020. 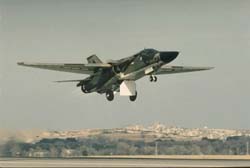 The test identifies any flaws or deficiencies in the high strength steel structure of the airframe, which could lead to an in-flight failure and is obviously best done on the ground under controlled conditions. Successful completion of the proof test clears the aircraft for up to 2000 flying hours before another test is required.

Under Secretary Defence Materiel, Mr Mick Roche said the new facility marked a significant milestone in assuring the continued operation of the F-111 fleet which forms the core of Australia's strike capability.

"This form of testing was previously done in the United States but with the retirement of the United States Air Force's F-111 fleet, overseas proof testing facilities have been decommissioned. Australia is now the sole operator of the F-111 and establishing an Australian capability was the preferred option for supporting our fleet," he said.

The test procedure itself involves applying a critical design limit load, or pressure, to the structure using hydraulic rams and a 77 tonne test fixture while the airframe is subjected to a temperature of-40 degrees Celsius. The combined effect subjects the aircraft to the maximum loads it was designed to endure during normal flying operations and under extreme loads the wing tips can deflect up to 1.2 metres from their normal position.

Mr Roche said the facility consisted of a new building with refurbished test fixtures from decommissioned overseas facilities and a new control and data system.

The $25 million contract was signed with Lockheed Martin Australia Limited in February 2000. There were two main subcontractors; Lockheed Martin Aeronautics Company (Fort Worth Texas) which constructed the control and data system and provided the integration services, and John Holland Pty Ltd which refurbished the test fixture and constructed the new building.

The initial contract, worth $3.5 million, provides for the development and ground demonstration of a Signals Intelligence (SIGINT) system capable of electronically mapping the battlefield signal environment which is eventually intended to be used on the Division Tactical UAV, the Shadow 200. The contract also contains a $2 million option for flight testing the SIGINT system on a Hunter UAV, should the Army choose to do so after successful completion of the basic contract ground demonstration.

"Our selection validates the viability of our open architecture commercial off the shelf (COTS) based low cost SIGINT architecture and our unique and advanced signal processing capabilities." said Gary Yancey, president and CEO of Applied Signal Technology.

The next phase of the programme is System Development and Demonstration, where the Army will purchase 14 to 17 DTSP systems plus support.