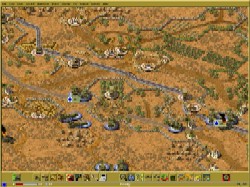 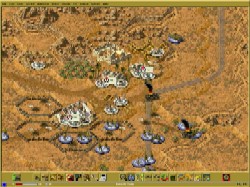 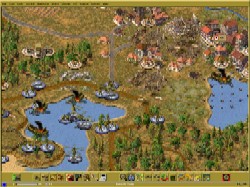 Real War Delayed
Simon & Schuster has extended the production of its real-time strategy game, "Real War", leading to a slight delay in its release. Originally slated to appear in stores in August, the game is now scheduled to debut in mid- to late-September. Click here to read our preview.

New Beta Terrain Editor For Aces High
HiTech Creations has announced that the new beta terrain editor is now available for download. To get the beta, you must have the current version of the terrain editor installed. Download and install the new editor. 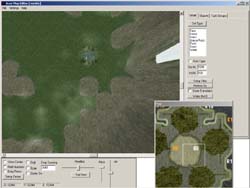 The new editor is now a Windows style app. It has the same basic functionality as the original editor but is easier to use and has some nice new navigation features. There is a terrain window and a map window. You can move around in the terrain in a number of ways. You can use your joystick just as in the original version. You can use ALT-Left Mouse Button to drag the terrain in the main window. You can use the two slider bars in the main window. Finally, you can left click and drag the map window to move around.

Other improvements include being able to switch instantly between terrain edit functions and object edit functions. There are also hot keys available in the object editor. Just hold down the control key and the underlined letter of function you desire like most other Windows apps. Click here for more information.