Greatest Airliners 737-400 Announced
Flight One Software, in conjunction with Dreamfleet 2000, have announced the official release title to the much anticipated 737-400. "Greatest Airliners" featuring the 737-400 is now in final testing and should be available shortly. "Greatest Airliners" will contain an advanced panel with great new features, an aircraft with extensive features and advanced flight model, a highly detailed FMC using new technology, the "Load Master" utility for load and balance management, and the Text-o-Matic program to design your own liveries that you may share with others. "Greatest Airliners" is designed exclusively for Microsoft Flight Simulator. Release Date: Summer 2001. 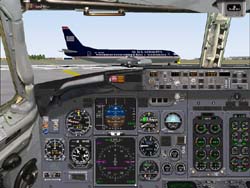 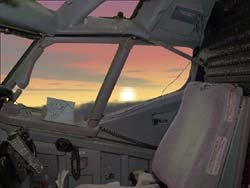 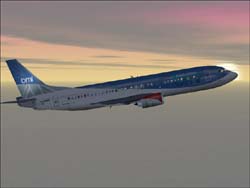 Codemasters Confims Prisoner of War Details
Codemasters is today confirming further details for Prisoner of War. Scheduled for release in early 2002, the game is currently in development for PC by independent game studio Wide Games. Gameplay continues to evolve with strong adventure gameplay mechanics making for a tense and suspenseful playing experience. 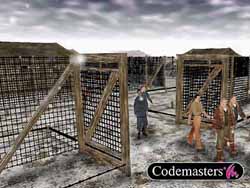 Work in progress includes a state-of-the-art Artificial Life engine that authentically creates behaviour patterns for the many prisoners and camp guards throughout the game. Created especially for the game, the A-life engine is an advanced potential field steering mechanism, inspired by the seminal "Boids" algorithms developed by the famous A-life researcher Craig Reynolds.

The A-life engine will create natural movement of both individuals and groups and enables the simulation of crowd behaviour that appears incredibly realistic. This is vital for creating a populated environment of believable characters that have to carry out the daily tasks of camp regime while also reacting to any escape attempts the player may take on.

The approach avoids excessive scripting of non-player characters (NPCs), and allows the NPCs to literally observe the environment around them, and react to changes dynamically.

Interestingly, the player's character will also use the A-life system to work autonomously. If the player leaves the controls alone for a few seconds, the AI takes over and takes the character through his daily routine (eating, sleeping, going to roll-call, etc). This can be a useful mechanism for the player, who can concentrate on watching for opportunities to escape.

Prisoner of War will also use "flocking and herding" A-life, which allows groups of NPCs to move as a group in a believable fashion. The influences on NPCs are not just from static objects; the other NPCs also provide cohesive influences that cause those within a given range to group together. This mechanism leads to flocking behaviour, where the AIs are moving as a group with no fixed position within that group.

The efficient use of flocking AI will also be used to simulate flocks of birds, insects and other small creatures, which add to the overall graphical presentation of a real world environment throughout the game. 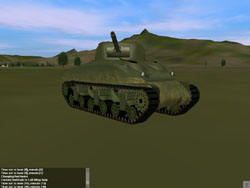 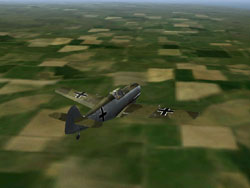 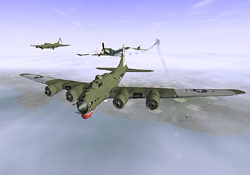 On the aircraft's 64th flight, Stone took off conventionally, transitioned to a hover and then landed vertically on the hover pad here.

"I am very impressed with the X-32B -- it was rock solid in the hover and very easy to land with great precision," Stone said. "The plane has exhibited excellent handling qualities during all STOVL events and across the entire flight envelope. It is much easier to fly than the Harrier."

Earlier in the week when Stone performed his first hover in the X-32B, Nicholas Lay, U.K. Ministry of Defence flight-test engineer assigned to the JSF program, was responsible for conducting the mission and coordinating the efforts of a full control room of program personnel.

"Having U.K. pilots and flight-test engineers working as an integral part of the Joint Test Force demonstrates that the U.K. is fully involved in this program," Lay said. "This means that we can ensure the British Harriers will be replaced with a very capable aircraft that meets our requirements."

Stone is an experienced fighter pilot with nearly 2,400 flight hours, including 1,350 hours in the Harrier. Stone also played a significant role in flight testing the Boeing X-32A concept demonstrator. 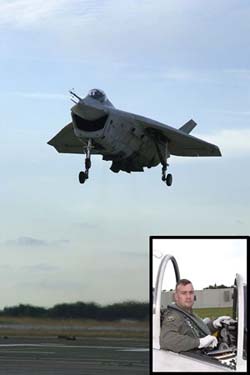 "In a word, it was impressive," Karnes said. "I was very comfortable throughout all of the STOVL maneuvers, and the workload was much reduced compared to similar tasks in a Harrier. I was able to perform a short takeoff, transition to conventional flight then back to semi-jetborne flight, and decelerate to vertical landing well within plus or minus one foot of landing accuracy. Amazingly, all this was possible during my first attempt at a short takeoff and vertical landing in the X-32B."

During flight testing here, the X-32B has validated the Boeing direct-lift approach to the STOVL requirements of the Marine Corps and the United Kingdom's Royal Navy and Air Force.

Boeing has completed the program's government test requirements thanks to an outstanding integrated test team composed of pilots and engineers from the U.S. and U.K. governments and the Boeing One Team. X-32B flight testing is to conclude later this month.

Canada Acquires HMCS Windsor From Royal Navy
The second of four submarines being acquired by the Canadian Navy from the UK's Ministry of Defence was handed over and renamed HMCS WINDSOR at a ceremony at the BAE SYSTEMS shipyard at Barrow-in-Furness, Cumbria, yesterday. 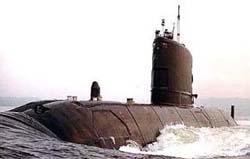 UK Defence Secretary Geoff Hoon said "The programme to sell the UPHOLDER Class of submarines has been unique. The UK Ministry of Defence has had to refurbish the submarines, to train Canadian crew on UPHOLDER and to act as the seller when normally it is the customer. Novel solutions have been found for novel problems. The programme has proved a strong indication of the close relationship between the UK and Canada."

HMCS WINDSOR is one of four modern diesel-electric submarines to be delivered by the MOD. They will replace Canada's Oberon Class submarines. To be known as the Victoria Class, they will be a vital component of Canada's navy, in roles ranging from United Nations and NATO operations to surveillance duties, support of fisheries patrols and drug interdiction.

A contract was signed on 2 July 1998 between Canada and the UK for an eight year lease with the option to purchase, of the 4 Royal Navy diesel Upholder Class submarines. The value of the total package for the UK Government and industry is in excess of £290 million. There are potential additional long term benefits for the UK Industry through support and future upgrades of equipment.

Sikorsky Cypher II UAV Flight Trials
The Sikorsky CYPHER II Unmanned Air Vehicle (UAV) has begun its flight trials, starting on 15 June with its first tethered flight. CYPHER II has since maintained an almost daily test flight schedule. The aircraft is being built for the US Army Night Vision Labs and will be used for testing small sensors next year. 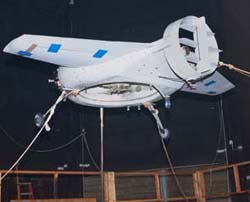 "Sikorsky has performed admirably to achieve first tethered flight on the CYPHER II UAV despite the significant technical challenges typically faced with developmental aircraft," said Gary F. Meyering, Small Unmanned Air Vehicle Project Leader at the Night Vision Lab's Air Systems Division. "This was a considerable milestone and we would like to thank the entire CYPHER II team for its selfless hard work and dedication."

Tethered flight allows the CYPHER II team to limit the flight envelope of the unmanned vehicle. The next milestone will be a free flight scheduled by the end of summer at Sikorsky's Development Flight Centre in West Palm Beach, Fla.

"The Army looks forward to the capabilities this unique new platform will bring to Future Combat System (FCS) development, where Vertical Take-off and Landing air vehicles will provide the ground commander with an organic Reconnaissance Surveillance and Target Acquisition capability and improved situational awareness," Meyering said.

The CYPHER II incorporates shrouded rotor technology developed on the CYPHER Technology Demonstrator (TD) aircraft. The addition of wings and a pusher propeller provides high speed capability. The aircraft has a 10-foot wing span, weighs about 250 pounds at mission weight and is capable of 135 mile per hour forward flight speed.

The CYPHER II can hover like a helicopter or be flown as a fixed wing aircraft. The air vehicle incorporates technology that makes it suited for urban surveillance, communications relay, precise payload delivery, and operations in crowded terrain.