PC News Flanker 2.5 Lands on Retail Shelves
Ubi Soft today announced that Flanker 2.5 has landed on U.S. retail shelves. Flanker 2.5 offers high adrenaline gameplay with a level of realism that until now had only been experienced by Russian military pilots. "Flanker 2.5 builds on the highly-successful and critically acclaimed Flanker line of products, and with a $9.99 price point, it's sure to introduce a large number of first-time pilots to the community," said Carl C. Norman, executive producer for Ubi Soft Entertainment. "This title underscores Ubi Soft's goal of delivering the greatest combat simulation titles to our loyal community, while always striving to add to its ranks. Flanker enjoys a large following online where many players have contributed user-created missions that provide virtually unlimited replay value."

Sierra On-Line Changes Name
Sierra announced today that it has officially changed its name to Sierra Entertainment, Inc. A studio of Vivendi Universal Publishing, Sierra's new name reflects the company's commitment to developing a broad range of entertainment products, including games for both the PC and next-generation consoles. " In choosing Sierra Entertainment, Inc., we have adopted a name that signifies our commitment to creating extraordinary entertainment, " said Michael Ryder, President of Sierra. " We wanted a name that conveyed Sierra's ability to blend innovative, ground-breaking technology with a broad range of compelling, entertaining and original games.

Enhancing the Flashpoint universe, Operation Flashpoint: Resistance creates an additional 100km2 island complete with industrial-style buildings and original landscape scenery. Thanks to the use of high-resolution textures throughout, the visuals will be much more detailed and dramatic than ever before. The expansion also delivers a new campaign that forms a prequel to the original games plot and is set years before Operation Flashpoints Cold War hit crisis point.

With new vehicles and weapons featuring, a series of original multiplayer missions on the new island, and completely overhauled network code.

Kestrel is being developed by MBDA, Lockheed Martin and INSYS (previously Hunting Engineering). The award and the second contract planned for later this year means that over 700 Predator rounds will have been produced and 40 more test flights will be completed before Kestrel, as it will be known in the UK, is built in UK production facilities. 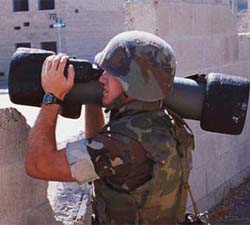 The production contract, combined with the 13 Kestrel firings conducted during the NLAW Project Definition phase, confirms the maturity of the weapon and that there are no outstanding technical, production or programme risks which could jeopardise the UK MoD's in-service date.

The award is the culmination of an extensive Engineering and Manufacturing Development (E&MD) phase which validated the ability to manufacture Predator, and conducted rigorous independent User Trials in which over 250 all-up-rounds, including more than 150 manned firings were completed in a wide range of environmental conditions.

Alan Garwood, MBDA's Chief Operating Officer said: "The Predator contract award is very good news for the Kestrel. We are now extremely confident that Kestrel will be in UK service well before LAW80 stocks are depleted ensuring that the UK Armed Forces will not have a dangerous shortfall in capability."

MBDA, Lockheed Martin and INSYS plus over 30 suppliers will produce Kestrel in the UK if it is selected under the multimillion pound contract, due to be placed by the summer.

The other competitor is the MBT-LAW for whom the prime contractor of Saab Bofors Dynamics (SBD) teamed with Thales Air Defence (formerly Shorts Missiles System). SBD's other team members include BAE SYSTEMS and Raytheon.

"The combination of the new imaging radar with the Electronic Support Measures will give the RAAF AP-3C fleet one of the best maritime patrol capabilities in the world," said the Chief of Royal Australian Air Force, Air Marshal Angus Huston. 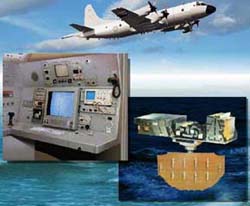 The programme upgrades the Aircraft's sensors and refurbishes its structures for extending the Maritime Patrol Aircraft (MPA) fleet's life beyond 2015. The RAAF intends to display its modernised AP-3C Aircraft at the Singapore Aerospace Exhibition in February 2002. 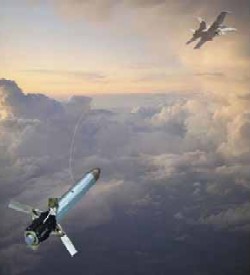 "The exercise of these options will provide additional hardware for test and shows the continued support for much needed capability in the fleet," said Dennis Gersomino, U.S. Navy IDECM Integrated Product Team Lead.

IDECM RFCM incorporates avionics, including the onboard receiver and processing system developed and manufactured by ITT Industries' Avionics Division, and the off-board countermeasures, which include the FOTD and deployment canister developed by BAE SYSTEMS. The system will be deployed initially on Navy F/A-18E/F aircraft, followed by U.S. Air Force B-1B and F-15 aircraft. BAE Systems is hoping to complete the Operational/Validation (OPEVAL) testing by July 2002.