RTCW "Battle On The Beachhead" Tournament
Activision and id Software have teamed up with the Online Gaming League (OGL) to host the Return to Castle Wolfenstein(tm) "Battle on the Beachhead" tournament. Gamers from across North America will hit the front lines and battle for world domination and exciting prizes. To register for a chance to compete in the "Battle on the Beachhead" tournament, captains can sign-up their eight-person team between January 22 and January 28, 2002. The OGL will choose a total of 64 teams throughout the week. All entrants will be eligible to win daily door prizes that will be awarded through random drawings during registration.

Military News German Doubts Over A400m Project
The German Government has just nine days to get Parliamentary backing for its part in the European A400M project; failure to do so would not only spell the end for the Airbus programme but in the long run could represent the death knell for any European rapid reactionary force.

In 1999 the EU decided to set up a force capable of delivering 60,000 troops into any trouble spot within 60 days and keeping them there for up to one year. However, since that decision was reached at the Helsinki summit the European nations have dragged their heels on making the force a viable reality, with a major stumbling block being the lack of transport aircraft. 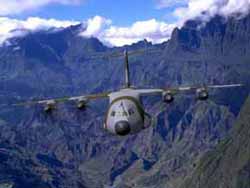 Finally, EU defence ministers signed a deal last month to buy 196 Airbus A400M military transport aircraft with the first planes to be ready for service by 2008. The Germans are committed to the purchase of 73 of 196 planes requested by the eight nations involved. France is expected to buy 50, Spain 27, Britain 25, Turkey 10, Belgium eight (including one for Luxembourg) and Portugal three.

However, with Germany on the cusp of a financial crisis, MPs are accusing Defence Minister Rudolf Scharping of committing the country to the project too soon, and the indications are that the government will not get ratification to fund Germany's £5.2 billion share before the agreed project deadline of January 31.

The issue is complicated by the impatience of the UK Government with the length of time it has taken for negotiations to reach this stage. The British Ministry of Defence has previously stated an interest in the A400's larger competitor, Boeing's C-17 Globemaster, and may yet jump ship in order to satisfy its own military transport demands.

As a result, there is tremendous pressure on the German Government, which is currently struggling with rapidly rising domestic unemployment. However, should they pull out this project, it could cost approximately 40,000 jobs across Europe. As things stand, the 40 aircraft that the German Parliament is prepared to support would not be enough to reach the figure of 180 aircraft that would make the A400M project viable. As a result defence chiefs across Europe will be keeping a close eye on events in Berlin, as will American aircraft builders Boeing and Lockheed Martin, who are the likely beneficiaries of new transport aircraft orders if the A400M project falls.

Magellan Aerospace To Maintain CF-18 Engines
Magellan Aerospace Corporation has won a $60 million extension of its contract to provide repair and overhaul services for the F404 engine powering Canada's CF18 fighter aircraft. The extension is funded for a period of two years, effective 1 January 2002, and contains provisions for further extensions thereafter. 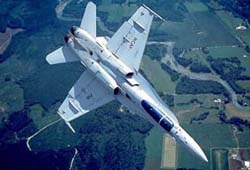 "This is a significant, recent advance for both the Department of National Defence and for Magellan," stated Richard Neill, President and COO of Magellan Aerospace. "Previously, this work was carried out under several separate contracts. Now, all related contracts have been consolidated into one to Magellan, reducing costs and administration for both parties," he added.

Magellan tracks engine usage, and optimizes maintenance and overhaul requirements, through the use of a computerised system known as Condition- Based Maintenance Support System (CBMSS). This provides the customer with higher availability of engines at a lower cost. Work under this contract includes:

The drone, which was unmanned, was destroyed upon impact as it was taking off. No one was injured in the accident. The aircraft was assigned to Detachment 1 of the 82nd Aerial Target Squadron, whose parent unit is the 53rd Wing at Eglin Air Force Base, Fla. 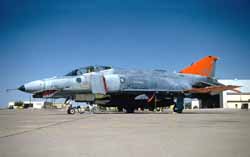 The aircraft was participating in a training mission at the time of the accident.

The tri-axis rate gyro provides measurements of pitch, roll and yaw to the automatic flight control system during automatic takeoffs. The aircraft collided with the runway less than two seconds after takeoff.