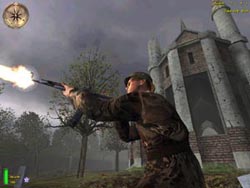 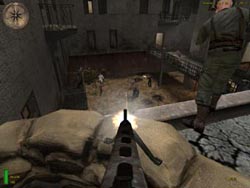 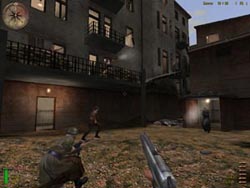 FSFORUM Lands New Home
FlightAdventures, an aviation/flight simulation service, announced today that they have acquired the FSFORUM. FSFORUM had been with CompuServe Information Service (CiS) since May 1991, but following an acquisition of CiS by America Online (AOL) the forum was closed in November. FSFORUM is widely recognized as the first and oldest online forum for flight simulation users. FlightAdventures founder and President Ben Chiu confirmed that his company has acquired both the FSFORUM library -- over 2.6 gigabytes of flight simulation files -- and most of the former CiS sysops. The new FSFORUM is now open to the public. Click here to access.

SH2 Scenario Editing Manual Available
Naval Warfare Simulations has just posted their Silent Hunter 2 Scenario Editing Manual on their SH2 Forum. This manual will help players design their own scenarios for SH2 and includes a longitude and latitude converter for use with the SHII scenario design layout. The manual uses content links and bookmarks for ease of use and includes many tips for designing quality SH2 scenarios. Click here for further details.

Blitzkrieg in Alpha Stage
German publisher "CDV AG" has another highly-promising real time strategy title in its product pipeline: "Blitzkrieg". The game is scheduled for release in the 4th quarter 2002. In cooperation with Russian delevopers "Nival Interactive" CDV plans to further establish its excellent reputation as a publisher of real time strategy games, founded with titles such as "Sudden Strike" and "Cossacks: European Wars". "Blitzkrieg" is a war strategy game set in World War II. The player gets to play the great battles of World War II in 3 campaigns, taking the side of Germany, Russia or the Allied Forces. The game covers the historical facts and makes for a very realistic gameplay. Alpha Screens

The missile flight tests were the latest in an ongoing series of operational evaluation tests (OT-III) conducted by the U.S. Navy over the past four decades to monitor the safety, reliability, readiness and performance of the TRIDENT I C4 Strategic Weapon System (SWS). The TRIDENT I C4 Strategic Weapon System will be retired from strategic service in 2005 in favor of the more modern, accurate and supportable TRIDENT II D5 missile system, which is currently deployed in the Atlantic fleet. The four missiles represented the 218th through 221st test firings of the TRIDENT I C4 Fleet Ballistic Missile (FBM). 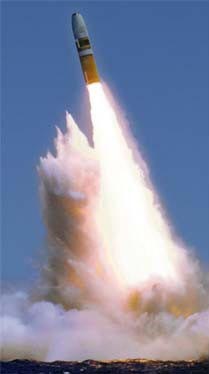 "These missile tests demonstrate to our adversaries, who ever they might be, that the U.S. continues to maintain a credible, robust strategic nuclear deterrent, " said Tom Morton, vice president, strategic missile programs, Lockheed Martin Space Systems.

TRIDENT I C4 is a three-stage, solid propellant, inertial-guided submarine-launched ballistic missile. It is 34 ft in long, 74 inches in diameter, weighs 73,000 lbs., has a nominal range of 4,000 nautical miles, and carries up to eight Multiple Independent Reentry Vehicles (MIRVs).

Operating in the Pacific Ocean aboard six Ohio-class TRIDENT I SSBNs, TRIDENT I C4 missiles are the oldest, continuously operated, Fleet Ballistic Missiles ever deployed by the U.S. Navy. Designed initially for a ten-year service life, these missiles continue, after 22 years of service, to meet or exceed all system performance and mission requirements. TRIDENT I C4 missiles will continue to serve the nation's strategic deterrence needs for another four years.

UK, US Agree To Develop New Multi-Purpose Missile
The UK Ministry of Defence and US Department of Defense have signed up to develop jointly a new multi-purpose missile which can be launched from both ground and air.

The Common Missile programme aims to develop, produce and support a missile for use against armoured vehicles, bunkers, radar installations and other targets such as command posts.

The two countries have together committed £40 million to the Concept and Technology Demonstration phase of the project to investigate likely technologies and architectures. At the end of this phase in late 2003 the UK will decide whether to commit itself fully to the development of the missile. If the missile goes into full-scale production the contracts involved could be worth billions of pounds.

If ordered, first deliveries of the missile could be expected in 2008-2010, with a production run of approximately 16 years and 73,000 missiles divided between the two countries.

Minister for Defence Procurement Lord Bach said, "The Common Missile programme presents a major opportunity for the Armed Forces to meet future battlefield needs at a dramatically reduced cost. We would achieve improved interoperability and standardisation of equipment, parts and support, resulting in considerable long-term savings to the taxpayer."

The UK has committed £6 million to the Concept and Technology Demonstration phase under a Memorandum of Understanding signed by Chief of Defence Procurement Sir Robert Walmsley and US Under Secretary of Defense (Acquisition, Technology and Logistics) Pete Aldridge.

This initial phase will assess the practicalities of a single missile, capable of being used on many different platforms against a wide range of targets. A number of sub-system technologies such as seeker, warhead and propulsion will be investigated, together with systems integration issues. The missile would be compatible with existing UK and US systems such as TOW and HELLFIRE, but with new capabilities.

Part of a cooperative miniature munitions demonstration programme, the tests were conducted with a combination of Air Force and Boeing funding. The weapons were launched from an Air Armament Centre F-16 aircraft operating out of Holloman Air Force Base, N.M., at an altitude of 25,000 feet.

The SSBREX uses the same type of guidance system as the Joint Direct Attack Munition. It uses a 250 pound-class warhead that has demonstrated penetration of more than 6 feet of reinforced concrete. Utilising a smaller weapon improves aircraft load-out and mission effectiveness.

The SSBREX programme has demonstrated the technical concepts that have lead to the Small Diameter Bomb programme in which Boeing is one of two competitors.

Czech Republic Opts To Update Air Force With Gripen Fighters
The Government of the Czech Republic has selected the SAAB-BAE Systems Gripen fighter to replace its ageing fleet of Mig 21 fighters, a move that represents another significant coup for the Anglo-Swedish group. Subject to the successful conclusion of contract negotiations 24 supersonic aircraft, the first squadron of which is expected to enter service in 2005, will update the Czech national defence capability and fulfil its required NATO commitments for the next 30 to 40 years. "We recognise a period of negotiations on complex issues lies ahead, but believe that this will lead to a successful solution for all concerned, "said Julian Scopes, regional managing director Europe with Gripen partner BAE Systems. "Gripen will give the Czech Air Force an outstanding multi-role defense capability, including air superiority within NATO and provide maximum weapons and support commonality with the L159 fleet."

Saab developed the Gripen for the Swedish air force with help from BAE and then joined that company, its 35 percent shareholder, to pursue exports. A firm Czech order would represent a third contract for BAE and Saab, putting them well ahead of European rivals Dassault Aviation SA of France and Eurofighter GmbH in the market for new-generation fighters. Neither of the larger and dearer Dassault and Eurofighter aircraft has secured a definite order. 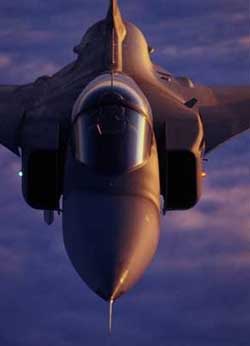 The news will also be a considerable boon to the aeronautics industry in South Africa, reports DSD's Southern Africa correspondent Leon Engelbrecht. Important components of the Gripen, including incorporated fuselage sections and avionics, are manufactured by South African companies including Denel Aviation, avionics group Grintek and industrial design leaders Comau-AIMS

However, all celebrations will be put on hold until the deal is ratified in the Czech Parliament, a process that promises to be far from assured. The cash starved Czech Government had delayed the selection process several times due to the opposition within the Republic to such a significant outlay and this decision seems likely to cause significant ructions among the political parties. Prime Minister Milos Zeman said the ministries of finance and defense had been instructed to draft a law to authorise financing for the aircraft before January 9 and estimated that a contract should be ready by mid-April. Defense Minister Jaroslav Tvrdik estimated that the aircraft would cost 50 billion korunas (1.5 billion euros, 1.4 billion dollars), with armaments for the planes costing another five billion korunas. Any purchase would require funding by a credit, which according to Czech law must be debated by parliament.

"The Czech Republic must have access to a supersonic fleet to be able to defend its airspace, similar to all countries in Europe except for two small states," President Vaclav Havel insisted Monday. However, Karel Kuehnl, head of the opposition Coalition of Four, has criticised the lack of consultation over the decision and insisted that the government has only "a small chance" of securing parliamentary approval.