PC News Harpoon3 PC Beta Forum Launched
Naval Warfare Simulations are now moderating the official H3 PC Beta Forum. If you wish to be a part of this forum and the beta test process of Harpoon3 PC then head over to the Harpoon section on the NWS website and sign up for it. You are REQUIRED to own a copy of H2 or H2AE to beta test H3 PC.

IL-2 Sturmovik Dogfighting Video
Ubi Soft has released another IL-2 Sturmovik dogfighting video. This video shows a duel between a P-39 and Bf109-g and you can find it here.

NVIDIA Offers Voodoo Owners Rebate
NVIDIA and PNY Technologies today announced the "Got Voodoo - Get Verto" online redemption promotion for 3dfx Voodoo graphics card owners. For a limited time, end-users can trade in their Voodoo graphics cards with the purchase of select models of PNY Verto graphics cards for a cash-back rebate. An NVIDIA ForceWare Game CD will also be included. Information about the redemption program can be found on www.pny.com. All rebate requests must be received online by the program expiration date of January 19, 2002, to qualify.

Under the program guidelines, consumers who purchase a PNY Verto MX 400, GeForce2 Ti, or GeForce3 Ti 500 graphics card will receive a cash-back bonus ranging from $10 to $30, depending on the specific PNY Verto graphics card purchased, upon trade-in of their old 3dfx card. In addition, those who purchase a Verto GeForce3 Ti 500 by December 31, 2001, will receive an added bonus -- a pair of i-O Display Systems' 3D Smart Glasses, a $49.99 value. All Verto graphics cards come with PNY's lifetime replacement warranty and toll-free technical support.

Military News Remains Of World War II Bomber Crew Identified And Returned
The remains of a ten-man U.S. Army Air Corps bomber crew, missing in action from World War II, have been recovered, identified and returned to their families in the United States.

On March 5, 1944, Drewelow was piloting the B-24 on a bombing mission against Japanese targets over the Hansa Bay area of Papua New Guinea. The aircraft and crew disappeared on that mission in heavy thunderstorms.

No radio transmissions were ever received from the crew, and subsequent searches did not locate them. After the war, U.S. Army graves registration teams conducted wide searches in New Guinea without success.

In early 1989, the former curator of the Air War Museum in Port Moresby, New Guinea, notified the U.S. Army Central Identification Laboratory Hawaii (CILHI), that wreckage of a B-24 had been located in Tauta, Mandang Province.

Between July 1989 and August 1990, three CILHI teams located, investigated and excavated the site, recovering remains and artifacts associated with the crash. The remains were transported to CILHI where the forensic process included the use of mitochondrial DNA to confirm the identification of each of the crewmembers.

Of the more than 88,000 American service members still missing in action from all conflicts, 78,000 are from World War II.

Hellas Tested For Use On US Helicopters
The Hellas (Helicopter Laser Radar) helicopter obstacle warning system produced by Dornier GmbH, an EADS subsidiary, has been included in an extensive test programme by the US Department of Defence. This programme is to investigate the possible use of Hellas on US Armed Forces helicopters over the next two years.

Hellas is based on an eyesafe laser radar which locates obstacles such as high-voltage power lines in the flight path with high precision, and warns the pilot via optical and acoustic signals.

Tests are planned on Apache, Black Hawk and Chinook helicopters. The aim is to increase the safety of the helicopters and their crews and to extend operational capability as part of the modernisation programmes which are planned for 2004 onwards.

Dr. Stefan Zoller, Head of the EADS Systems & Defence Electronics Business Unit, stated: "Inclusion in the US Armed Forces Foreign Comparative Testing Programme confirms the high technological standard of our systems and offers us the possibility to further strengthen our good transatlantic relations."

Since 1980, the Foreign Comparative Testing Programme provides the US armed forces an opportunity to test products developed in allied nations when similar US products are not available. Johann Heitzmann, Head of Airborne Systems at EADS, said: "Thanks to our extensive experience with radar and avionics systems, we have developed a globally unique product - Hellas - which opens up good opportunities in both the military and civil markets."

The Hellas warning system has been successfully tested on various models of helicopter (CH53, UH1D, BK 117, EC 135, EC 145). The helicopters of Germany's Federal Border Guard will be equipped with this system by Spring 2002.

"Twenty-first century operations demand that allied forces be capable of training and fighting as a joint coalition force anytime and anywhere," comments Francis M. DeBritz, president of NE&SS-Undersea Systems. "Our new laboratory positions Lockheed Martin as the leader in developing systems to meet this challenge."

The laboratory is designed to replicate an actual submarine command and control centre and will house conference facilities and office space. The laboratory's key advantage is its technological backbone, which enables the replication of deployed systems in a setting where rapid configurations and improvements can be supported. In addition, the laboratory will support multiple configurations, eliminating the need to engage in costly replications of each system fielded. Further savings will be realised through direct real-time links to other Lockheed Martin sites, corporate partners, and US government facilities.

The laboratory will also be used to develop and demonstrate the information infrastructures for programmes such as the Navy's new aircraft carrier, CVN 77, and her Nimitz class sisters; and the DD-(X) family of surface combatants. 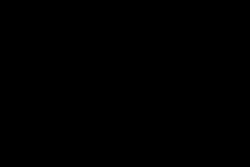 The project was sponsored by the Office of Naval Research through its Advanced Technology Demonstration (ATD) program. Northrop Grumman Ship Systems has been an active participant and ship system integrator on every ATD programme related to Topside Integration. Execution management of the project is provided jointly by the Naval Sea Systems Command and the Space and Naval Warfare Command (SPAWAR).

After construction, the LMS structure was taken to the Ship Systems Near Field Radar Reflectivity Range (NFR3) facility for final fit-out, and land-based testing of its Radar Cross Section (RCS).. The newly constructed NFR3 facility provides the capability to measure the radar reflectivity of large structures accurately and with high resolution.

RCS testing was conducted over a two-week period with radar instrumentation provided by the Naval Surface Warfare Centre, Carderock Division. "The NFR3 facility was instrumental in demonstrating the performance of the LMS and greatly reduced the potential cost of testing at other East or West Coast facilities," stated Ross Buck, engineering project manager and Ship Systems Radar Range Test director.

"The LMS project team is to be commended for advancing the state of the art and building a strong foundation for future Topside Technology," said Bill Bird, Navy technical manager from the Naval Surface Warfare Centre.

The team includes US Navy participants from the Naval Warfare Centres, the Naval Postgraduate School and SPAWAR along with industrial partners Ball Aerospace and Communications, Boeing Aerospace and Northrop Grumman Ship Systems.

Marines In Afghanistan to Set Up Forward Operating Base
Defense Secretary Donald Rumsfeld said today that Marine forces are in southern Afghanistan to set up a forward operating base.

"They are not an occupying force," Rumsfeld told Pentagon reporters. "Their purpose is to establish a forward base of operations to help pressure the Taliban forces in Afghanistan (and) to prevent Taliban and Al Qaeda terrorists from moving freely about the country." AFRTS Radio Report: SecDef says Marines in Afghanistan are establishing a forward operating base

Roughly 500 Marines moved into an airstrip southwest of Kandahar over the weekend, DoD spokeswoman Victoria Clarke said earlier in the day. That number should rise to over 1,000 within the next couple days, she said. The Marines are from the USS Peleliu and USS Bataan. Other Marines will arrive at the airfield by C-130.

The secretary wouldn't say specifically what the operating base would be used for. "We don't discuss future plans or developments," Rumsfeld said. He said the area has strategic importance because it is near major crossroads and east-west routes into Iran and Pakistan.

Joint Chiefs Chairman Air Force Gen. Richard Myers said the operation to position the Marines "has gone well so far." He noted that U.S. efforts in the country "remain focused on providing support to opposition groups throughout Afghanistan and on establishing airfield hubs for humanitarian assistance efforts."

Myers said Northern Alliance troops entered the city of Kunduz as Taliban groups surrendered. He said isolated pockets of foreign fighters continue to be active in the area. Rumsfeld added he not surprised the foreign fighters are holding out. "The Al Qaeda and the non-Afghan troops  have been among the toughest of the fighters and the most determined and the least likely to surrender," he said. "(They) would have the least ability to melt into the countryside."

The chairman said 110 U.S. aircraft struck in nine planned target areas concentrated on Al Qaeda and Taliban cave and tunnel complexes, as well as Taliban military forces primarily in and around Jalalabad and Kandahar.

Three of the injured were evacuated to Khanabad, a former Soviet airbase from which U.S. soldiers are operating, near the town of Qarshi in Uzbekistan. The other two service members suffered minor injuries and remained in country. Military officials haven't yet identified the injured service members and had no updates on their conditions.

Clarke said a Joint Direct Attack Munition missed its target and fell near U.S. forces operating in the area. Taliban prisoners have been rioting for two days in the northern Afghan city. Northern Alliance officials requested the American air strikes to quell the rioting.

Clarke said U.S. forces on the ground called in the strikes. She declined to say where the stray missile came from or what its target was. "We don't have much information at this time, but there were Taliban prisoners with some weapons  firing on the Northern Alliance," Clarke said.

She denied media reports that a U.S. soldier was killed during the rioting. "U.S. military (are) all accounted for," Clarke said.

Clarke also confirmed that about 300 Marines landed Nov. 25 in Afghanistan at an airfield southwest of Kandahar. The Marines came from aboard the USS Peleliu and the USS Bataan, which have been operating in the Arabian Sea.

"(They) went in on choppers and continue to go in on C- 130s," she said. There are currently about 500 Marines in the area, she said, but noted the number on the ground will rise to "a little bit north of 1,000" over the "next couple days."

Clarke refuted reports the Leathernecks are there to hunt down Osama bin Laden. She said they are there to establish a forward operating base and "to generally apply pressure  to the Taliban and the Al Qaeda."

Clarke couldn't say how long American forces might be in the area, only stating that it wouldn't be permanent. "It is not our intent for people or U.S. resources to be there for any length of time longer than is absolutely necessary," she said.

All five service members injured in a friendly-fire incident near Mazar-e Sharif in Afghanistan were evacuated to Uzbekistan, the chairman of the Joint Chiefs said this afternoon. A DoD spokeswoman had earlier said only three were injured seriously enough to be evacuated. AFRTS Radio Report: SecDef says Marines in Afghanistan are establishing a forward operating base

"The medical facilities in Uzbekistan are a first line of treatment," Myers said. "They can stabilize (injured service members) there and move them to Landstuhl."

The troops were working with opposition forces in the northern Afghan town to quell an uprising among Taliban forces imprisoned there, Myers said. He wouldn't speculate on the cause of the accident, but said it is being investigated as "a fratricide issue." The incident occurred at about 1:30 a.m. this morning Eastern Time, Myers said.