Cossacks Add-On Demo Released
CDV Software Entertainment AG announces that the demo version for the Cossacks add-on The Art of War is available for download. The Art of War offers new, huge maps, new missions, new campaigns and numerous new functions. Download the demo version and try it for free. It offers an insight into new start options and many improvements, such as an improved interface and formation handling and the possibility to record and replay games. Please note that the demo does NOT require the Cossacks original to run, but will need it for the final version of the game.

Remote Assault Editor Available
Shrapnel Games announced today that the Remote Assault Map Maker Utility is available as a free download. The Map Maker will allow users to make their own custom maps and scenarios for use in Remote Assault. Coming soon will be a free add-on pack that will include more units, scenarios and an additional campaign. Click here for COMBATSIM's review.

Continuing its commitment to provide the industry standard x86 platform, AMD has partnered with the industry's leading hardware and software companies, to conduct rigorous validation testing, ensuring comprehensive compatibility and seamless integration of AMD's innovative platform into the commercial market.

The organization will build on the combined developmental and operational test foundation the F-22 Combined Test Force at Edwards has established. Both are working to satisfy the nation's warfighter requirements and ensure the United States air dominance. 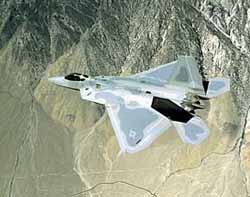 The need for locating the detachment here came from the Advanced Fighters Directorate at Headquarters AFOTEC, responsible for oversight of the F-22 program for the center, said Col. Ricardo Cazessus, Det. 6 commander.

JTRS, MIDS To Shape US Military Airborne Comms Systems Market
In these days of multi-national military engagements, interoperability between forces has become vital. Common communications protocols and datalinks are necessary for effective mission operations. The Pentagon's effort to achieve this goal lies mainly in two major communications programmes, the Joint Tactical Radio System (JTRS) and the Multifunctional Information Distribution System (MIDS) programmes. The JTRS and MIDS programmes are expected to affect practically every airborne platform in the US and, quite possibly, NATO.

According to a new report by Forecast International, JTRS and MIDS will be the driving forces behind the US Military Airborne Communication Systems market over the next decade. Between 2001 and 2010 Forecast International is projecting the market to be worth approximately $2 billion. This market is expected to increase from a total value of $935 million between 2001 and 2005 to a total of $1.1 billion for the remainder of the decade, or 14 percent. 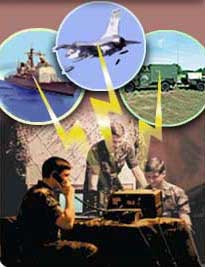 One of the main programmes that will be responsible for equipping new-built and retrofitted aircraft with communications equipment is the Joint Tactical Radio Systems (JTRS) program. The JTRS programme is an attempt to develop a family of tactical radios that are interoperable, affordable, and scaleable. JTRS is intended to standardise radio communications throughout all branches of the US military. Once fully developed, this programme is likely to replace most, if not all radios currently in US military service.

A radio system that is likely to fulfil the airborne requirement of the JTRS programme is the Rockwell Collins AN/ARC-210(V). Its multimode properties and ability to be modified to meet future needs make it a powerful candidate for the JTRS program. Recent contract activity shows that the ARC-210 will become a standard with US and NATO aircraft. Contracts have been awarded at a rapid rate to Rockwell Collins by international and domestic customers alike, with contracts for well over three thousand units issued since 1998. A February 2001 order placed Rockwell Collins ARC-210 sales over the 10,000 mark.

Another area in which interoperability is a goal is datalinks. With their ability to send reconnaissance and sensor information in real-time or near real-time, targeting effectiveness can be significantly improved. Datalinks are able to increase the air-to-air kill ratio by three times during the day, and by greater than four times at night. Datalinks can also improve air-to-ground targeting success by a factor of four.

The main focus of datalink technology is concentrated on MIDS, a system that provides jam-resistant, secure, digital voice and data communications to the warfighter. The demand for datalinks like MIDS will become increasingly stronger as the importance of sharing tactical information becomes more evident. Programmes such as Affordable Moving Surface Target Engagement (AMSTE) which incorporate the fusion of sensor data from multiple platforms, will make datalinks essential equipment for virtually any military vehicle.

The recent terrorist attacks on the US may give a boost in the production of datalinks. As US military forces deploy to Central Asia, the need for more reconnaissance aircraft and unmanned aerial vehicles (UAVs) is being realised. In an effort to increase intelligence gathering against terrorist activity, the Pentagon is being authorised $1.3 billion in emergency funds. This money will help accelerate production of datalink equipped RC-135V/W Rivet Joint reconnaissance aircraft and Global Hawk long range UAVs. Additional efforts are underway to expedite the procurement of other datalink equipped UAVs such as the RQ-1 Predator. These actions should, in the near term, result in a spike in the production of datalink devices.

Communications systems are also experiencing an architectural revolution. The new open architecture designs allow for easy reconfigurations and upgrades. In this decade's latter years, new architectural developments such as the Integrated Communications, Navigation and Identification Avionics (ICNIA) system will influence the market. Systems such as ICNIA will provide an integrated communications, navigation, and identification (CNI) system for next-generation aircraft. Currently, ICNIA is slated for the F-22, an advanced fighter for which the US congress has recently approved procurement funding.

The RAT 31 DL is a solid state, long range 3D radar operating at L Band (NATO D Band). It is the most advanced radar of its type available today. 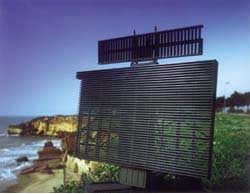 Operational and tactical control will be done by commissioning a new Data Processing and Display System at the SOC in Butterworth, which will provide, in real time, an accurate Air Situation that is integrated with the new and existing RMAF radar systems and other command and control functions.

Antonio Bontempi, Deputy Chief Executive Officer of Alenia Marconi Systems said "we are delighted to win this major contract and have the opportunity to be involved in the further upgrading of the Royal Malaysian Air Force Air Surveillance System."

Alenia Marconi Land Systems has also signed a Technical Support Agreement (TSA) with Zetro Services Sdn Bhd in Kuala Lumpar, Malaysia, for the industrial repairs to and technical assistance for the Air Traffic Control Radar at Labuan and RAT 31SL systems at other locations, in service with the Royal Malaysian Air Force.

The TSA is one of the initiatives resulting from the Malaysian Government's implementation of a Contractorisation Programme. Under this programme local companies are nominated to bear the frontline responsibility for maintenance of all the systems in the Malaysian Armed Forces' inventory. This programme is designed to encourage the growth of local military industrial capability and for national self reliance.

RAN Penguin Missile Rolled-Out
The first operational Penguin Mk 2 Mod 7 Anti-Ship Missiles acquired under Project Sea 1414 has been delivered to the Royal Australian Navy (RAN). The Penguin Missile will be fitted to the RAN's Super Seasprite helicopters, and will provide an offensive capability for the ANZAC Class of Ships, able to counter a range of threats. Delivery of the missiles is expected to be completed by September 2003.

Commander Australian Naval Aviation Group, Commodore Keith Eames CSC said the Navy was looking forward to having the capability provided by the Penguin. "It will be effective and potent across all the areas of RAN operations. The fact that we can target the missile, and 'fire and forget', as the jargon goes, from a range in excess of 30 kilometres makes it extremely valuable and desirable to our aircrew. 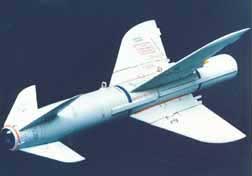 "Weapons with the degree of sophistication in the Penguin, able to be launched from a low speed launch vehicle such as a helicopter, with the range and hitting power that this missile has, are few and far between.

"Coupled with performance that is optimised for a countermeasure-rich littoral environment, it is clear that the RAN has acquired an outstanding new capability."

Mr Andrew Wood, Director General Rotary Wing Aviation, said, "The Penguin missile project has achieved all its objectives, and more. The real success of this project is the relationships that have developed between Defence, the manufacturer of the missile Kongsberg Defence and Aerospace (KDA) of Norway, and their Australian industry partners.

"Australian sub-contractors have been engaged by KDA to provide component manufacturing support, and are now the sole world-wide source for their particular components.

"Not since the de-commissioning of the aircraft carrier Melbourne in 1982 has Naval Aviation had such a potent anti-ship capability. The Penguin missile will fill a void in the family of RAN weapon systems of a weapon that is effective in the tough littoral environment," said Commodore Eames.

The Penguin Missile has been successfully employed by countries throughout the world for the last 20 years, and the ADF is acquiring the latest version of the missile.

NATO AWACS Aircraft Deploy To The U.S.
The North Atlantic Treaty Organization (NATO) today began deploying five of its Airborne Warning and Control Systems (AWACS) aircraft from Europe to the United States. While deployed here the aircraft will operate with the North American Aerospace Defense Command (NORAD) in support of Operation Noble Eagle, helping to defend the continental United States in the aftermath of the September 11th terrorist attacks.

The United States asked NATO to deploy the AWACS aircraft to assist in the NORAD mission, to allow other aircraft of this type to deploy elsewhere, and to lower the operational tempo of this high-demand aircraft.

The NATO aircraft are flying in from Geilenkirchen, Germany, and will be based at Tinker AFB, Okla., home of the U.S. Air Force AWACS fleet. The NATO aircraft will be escorted by a NATO trainer cargo aircraft, a Boeing 707 used to transport detachment personnel and their equipment.

The deployment grows out of a decision to provide a NATO presence and demonstrate resolve. In the past, NATO has used AWACS in Bosnia and the Balkans to assist in air operations.