Sub Command Goes Gold
Sub Command has gone gold and will be shipping to retail stores tomorrow. Click here for our previous coverage.

WWII Online Update
Cornered Rat Software continues work on version 1.25 of World War II Online. While many of the new features of the patch have yet to be revealed, that hasnt stopped forum users from running rampant with rumors. Suffice it to say v1.25 is nearing completion and is in the hands of a group of testers.Click here for more details.

Photo of the Day: The Prince Is Going To Be Angry
Mechanics were taxiing when this happened. Apparently they only started the outboard engines, but the hydraulics for the brakes were running on the inboard engines . 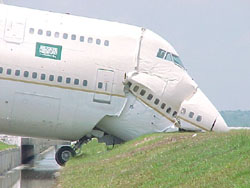 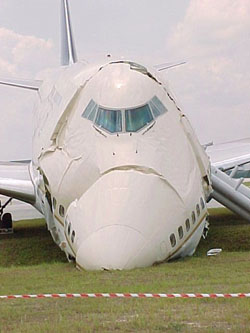 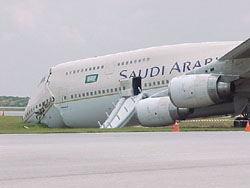 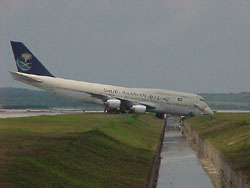 Secretary Rumsfeld Launches Battle Against Bureaucracy
Secretary of Defense Donald H. Rumsfeld launched a battle against Pentagon bureaucracy today in a speech opening the 2001 Acquisition and Logistics Excellence Week. Rumsfeld said that he was launching an all-out campaign to shift Department of Defense resources from the bureaucracy to the battlefield.

Rumsfeld described the Pentagon bureaucracy as "not the people, but the processes -- not the civilians, but the systems -- not the men and women in uniform, but the uniformity of thought and action we impose upon them."

"The battle against bureaucracy is a moral imperative because the lives of Americans depend on it," the secretary said. "The modernization of the Department of Defense is a matter of some urgency -- in fact, it is a matter of life and death, ultimately, every American's."

"Above all," the secretary said, "the shift from bureaucracy to battlefield is a matter of national security. In this period of limited funds, we need every nickel -- every good idea --every innovation -- every effort -- to help modernize and transform the U.S. military."

Rumsfeld said the strongest allies in this battle would be the people of this department. "We need your creativity and energy in this effort. If you have ideas or observations for shifting the department's resources from its tail to its tooth, we welcome them. In fact, we've set up a dedicated e-mail address -- [email protected] where you can send them."

US Army Retires Vietnam Era Helicopters
The US Army has announced a significant acceleration of its aviation modernisation plan. The plan accelerates the retirement of older, Vietnam-era helicopters and the recapitalisation of other types of helicopters remaining in the fleet. Its also will allow The Army to compress the procurement timeline of the Comanche aircraft and moves newer helicopters sooner into the US Army National Guard and US Army Reserve.

"This Aviation Modernisation Plan supports Army Transformation by posturing our aviation force for transitioning to the Objective Force," said Chief of Staff of the Army Gen. Eric K. Shinseki. "As in all things associated with Army Transformation, the intent is to transform the force and do it quickly without breaking readiness. These adjustments will improve our posture as a warfighting force."

Theplan will reduce the total number of aircraft by more than 400 in the active force and by more than 600 in the reserve forces. This will include accelerating the retirement of the Vietnam-era UH-1 "Huey" helicopters and AH-1 Cobra attack helicopters, which will phased out by. 2004. 240 aircraft will be moved from active to reserve component units. 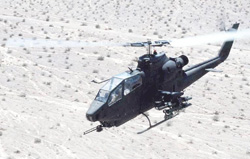 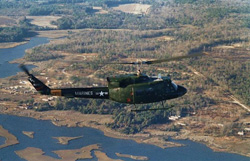 By the end of 2004 the operational fleet will consist of only four types of helicopters: the AH-64 Apache, the UH-60 Blackhawk, the OH-58 Kiowa, and the CH-47 Chinook. The reduction in the number of types of helicopters will yield significant savings in terms of spare parts inventories, operating costs and training requirements for pilots, crews and maintenance personnel.

The increased effectiveness of the AH-64D model over the A model, as well as enhanced Intelligence, Surveillance and Reconnaissance (ISR) capabilities, has allowed a reduction in the numbers of attack helicoptersin units. By the end of 2002, attack helicopter battalions in heavy divisions will be restructured from 24 to 18 AH-64 Apaches. Corps-level attack battalions will be converted from 24 to a maximum of 21 Apaches.

For the long-term, Comanche remains the Army's highest aviation priority and is the centrepiece of Army aviation transformation. The UH-60 Blackhawk will remain the foundation of The Army's utility helicopter fleet. The CH-47 Chinook will continue to provide medium/heavy lift capability for the foreseeable future. To have the capability required for the Objective Force, the Army will continue to upgrade these aircraft to the UH-60L/M and CH-47F models.

The Army has established a goal of maintaining a 90 percent operational readiness rate by 2004 as opposed to the current fleet average of 75 percent.

USAF Says No To NASA's X Programmes
The US Air Force announced on 7 September that it would not assume programme management and funding responsibility for the NASA X-33 or continue funding beyond September 2002 for the NASA X-37 experimental demonstration programmes.

In March, NASA allowed the X-33 cooperative agreement with the contractor to expire and deferred work on the X-37. 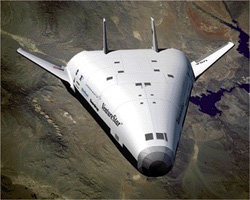 Both the X-33 and the X-37 are unmanned aerial vehicles. The X-33 was designed as a technology demonstrator and a possible next step toward a replacement for the ageing space shuttle system.

The X-37 is a prototype of a reusable, flexible spacecraft that can be launched into space by another vehicle, manoeuvre using its own engine, and then re-enter the atmosphere and land. The Air Force, with the assistance of NASA and the National Reconnaissance Office, conducted a 60-day study of the military utility of the X-33 and X-37 programmes. 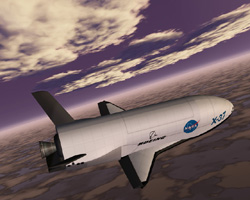 Both programmes have made significant contributions toward understanding performance, cost and integration issues, and have provided valuable information on the dynamics of launching space vehicles.

However, the Air Force assessed these programmes against desired military space plane performance requirements. Air Force officials decided neither of these programmes provided a level of military utility needed to continue development and funding by the Air Force. Responsive spacelift is a critical capability to support future military operations in space.