New Comanche 4 Screenshots
Novalogic has released new screenshots from Comanche 4. Based on the U.S. Army's next generation armed reconnaissance helicopter - the RAH-66 by Boeing-Sikorsky. The helicopter's versatility in reconnaissance, ground attack and air combat roles will be emphasized in the game's all-new missions. Players will get to fly with the Comanche's signature low-altitude capabilities into real-world locations including urban settings and rural environments around the world such as tropical islands, desolate deserts and lush, tree-laden jungles.

The game showcases new graphics, including realistic rotor wash effects both on the water and the ground. Comanche 4 will also feature a 3-D virtual cockpit and weapons of destruction including the 20mm cannon, 70 mm rockets, air-to-air and heat-seeking AIM-9 Stingers and the laser-guided AGM-114 Hellfire missile. Release Date: December 2001.

Aces High Beta 12 Released
A new version of the beta is available for download. This beta requires DirectX 7 or 8. The primary item being tested is additional environmental sounds. Other changes include interface changes for easier arena setup and a change in gunsights that lets the pipper float around the gunsight with changes in head position. Many planes will need changes to their gunsights made and that is not in this current beta. 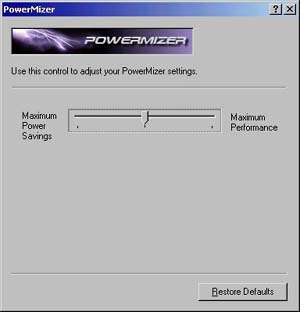 Fun With Missiles
Thanks to Groucho for sending us these stunning images. According to Cmndr. Brian Binnie, USN (Ret.), accidents like this can happen a few times per cruise. "Other articles I've seen bounding down the angle deck include chaff buckets, air refueling hoses and most spectacular was a Phoenix missile. There's one poor guy, whose job it is to unhook the arresting cable from the tailhook after the airplane lands that literally stands in jeopardy of many of these things." Binnie said, "The only other job that is perhaps more life threatening is the guy who hooks up the launch bar to the catapult." 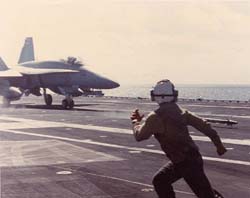 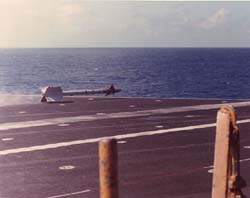 Fifth US Navy Sealift Ship Delivered
USNS PILILAAU (T-AKR 304), the fifth of seven BOB HOPE Class Strategic Sealift ships being built by Northrop Grumman Corporation's Ship Systems sector, departed Avondale Aug. 24, 2001, after being delivered to the U.S. Navy ahead of schedule one month earlier. PILILAAU earned an outstanding Acceptance Trial evaluation from the Navy and the Office of the Supervisor of Shipbuilding, Conversion and Repair, New Orleans, earlier this summer. 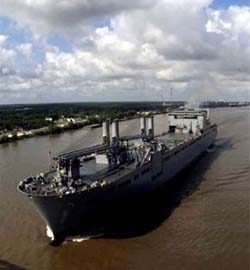 PILILAAU and her sister ships of the class are designed to support the nation's ability to deploy military equipment and supplies quickly to U.S. troops around the world and provide prepositioning and surge sealift capacity to contingency areas worldwide.

The 950-foot-long, large, medium-speed, roll-on/roll-off ships of the BOB HOPE Class are among the largest in the Navy fleet, longer than three football fields. The ship is designed and constructed with more than 380,000 square feet of cargo capacity and is capable of carrying up to 1,000 military wheeled or tracked vehicles and other cargo.

Vice Adm. Gordon S. Holder, U.S. Navy, commander, Military Sealift Command, made note of Avondale's outstanding performance on PILILAAU. "Northrop Grumman has built several classes of ships for the Military Sealift Command like PILILAAU and each has been better than the last," he said. "This workforce has undergone many changes -- working to become more efficient and more effective -- and a lot has been accomplished."

Hypersonic Scramjet Projectile Flies
The Defense Advanced Research Projects Agency (DARPA) announced the first-ever successful free flight of a hypersonic projectile powered by a supersonic combustion ramjet (scramjet) engine burning hydrocarbon fuel. The projectile is a four-inch diameter, 20-percent scale model of a conceptual missile. On July 26, GASL Inc., of Ronkonkoma, N.Y., fired the scramjet projectile out of a large gun at the Air Force's Arnold Engineering Development Center, Arnold AFB, Tenn. The test is an important step towards the realization of flight at hypersonic speeds. 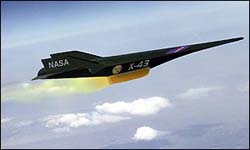 The test was the second of two successful launches, the first occurring on June 20. Together, these tests demonstrate that scramjet engines will provide enough thrust to power a free-flying vehicle.

The tests used Arnold Engineering Development Center's two-stage light gas gun to accelerate the projectile to the flight condition through a 130-foot long gun barrel. The projectile experienced peak acceleration of approximately 10,000 Gs, and was launched from the gun at Mach 7.1. Arnold's G-Range facility is the only range in the country capable of providing the low-acceleration loads required to launch the projectile. After the titanium projectile was launched, it used its scramjet engine to cover a distance of 260 feet in slightly over 30 milliseconds.

Scramjet engines provide propulsion at speeds above Mach 5 by capturing atmospheric air to burn on-board fuel. These air-breathing engines are more efficient than rocket motors for hypersonic propulsion, and will ultimately allow the possibility of longer duration flight with greater payload. Applications for such engines include powering long-range hypersonic missiles, gun-launched kinetic energy weapons, and access to space vehicles. In order to operate, scramjet engines must first be traveling at hypersonic speed. An accepted approach to reach scramjet take-over speeds is to attach the scramjet to a rocket booster as a first stage and then operate the scramjet once the rocket has increased the speed sufficiently.

Coalition strikes in the no-fly zones are executed as a self-defense measure in response to Iraqi hostile threats and acts against coalition forces and their aircraft. If Iraq were to cease its threatening actions, coalition strikes would cease as well, U.S. Central Command officials said.

The last coalition strike in the southern no-fly zone was against an Iraqi mobile early warning radar system Aug. 25.

To date, there have been more than 1,010 separate incidents of Iraqi surface-to-air missile and anti-aircraft artillery fire directed against coalition aircraft since December 1998, including more than 375 in 2001. Iraqi aircraft violated the southern no-fly zone more than 160 times during the same period.