The original Harrier Assault offered a new wrinkle to flight simulations: a strategic portion that allowed the player to deploy naval and ground forces, then fly missions to support those units. Bryan Walker saw a lot of potential to expand that feature in FN2, and focused on ways of execution that would enhance the game as a whole. The "Commandant" strategic game emerged as that method, combining high-fidelity flight simulation with a realistic but accessible real-time strategic game.

In the spring of 1998 FN2 will take to the air--the simulated air and virtual air of the internet. With a unique facility for access to the multiplayer games, this sim/strategy spectacular is set to make history this year. 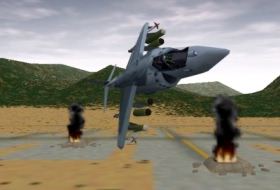 Many virtual pilots have wanted to try online gaming, but have been put off by either the cost or the technology. It has simply seemed a bit too complex. FN2 aims to make it easier than ever before to find and join existing games, and the only charge involved will be your own IP subscription. Hows that? Simply put, every FN2 game generated on the net will go to your TCP/IP link and look for the unique IP address created by FN2 when you start a game. Every active game will be shown and color coded on a pop up menu screen: green, yellow, or red depending on the average connection time to the various machines. The player simply selects the best option.

Multiplayer support will include two abilities that are firsts for the flight sim world: 1. the ability to set up various connections at one time, and 2. the ability for players to join the game in progress. Since FN2 is a client/server application, it will allow running a server connected via LAN, modem, serial or TCP/IP (Internet) connection. Outside modem connection to the LAN is possible, even with a network game in progress! FN2 is going "where no sim has gone before." For an insider perspective on development, go to the interview with Bryan Walker. 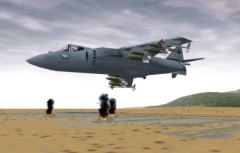 FN2 Commandant is divided into red and blue teams. The initiating player determines winning conditions, game setup and location. A second player joins the game as opposing commander, and remaining players take pilot positions on either side, for up to sixteen real live players.

Victory conditions can vary widely. Players with time constraints can choose King of the Hill, where the team that has the most units in a key area for the longest time wins. Another scenario requires one team to destroy the others HQ. Finally, players can choose to wrestle to the last unit (not including infantry, which would get tedious) if they have the time...

Interactivity and team work are central to the concept. Pilots and AI units must follow the direction of the commandant, with real time orders coming in even during flight. FN2 will also offer solo play as commandant against the computer, though because of the huge fun factor in multiplayer mode most players will use solo play only for practice. 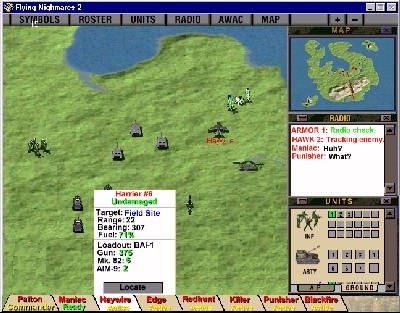 The Commandants' point and click interface looks rather like C&C but is more involved. Basic commands include move, attack target, entrench, hide, charge, suppress and bypass, escort, defend and join. The commandants view is an overhead map of the battlefield from one of three levels of magnification. Friendly and enemy units are represented by icons, which can represent more than one physical vehicle. In the case of tank units one icon can equal four vehicles.

The commander may choose to combine units into task forces for greater effect, depending on the type of opposition they face. Assigning an AA unit to a group increases its air defense rating. Using engineers with a tank battalion will shorten the hull-down time.

Sighting rules are unique to FN2. What is not detected by ground or air forces will not show up on the commandants strategic map. A Harrier could make multiple passes over a forest and not spot an infantry squad, where a Cobra in the same air space might spot them. Of course, if the infantry choose to fire on an air unit their risk of detection increases greatly. 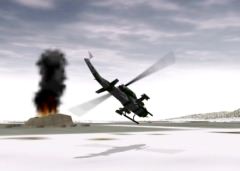 The strategic game revolves on elements like this since players will use ground troops to id targets for their Harriers. Computer controlled units include M1A1 tanks, LAV-25 armored personnel carriers and artillery batteries. AI air units include Avenger and Hawk air defense units, EH-60 jamming helos, E-2C Hawkeye AWACS, LCAC hovercraft and utility helos. AI ground forces include infantry, engineers, and special forces units. Remotely Piloted Vehicles will be powerful reconnaisance assets. AI units will automatically attack a significant threat, but the commander will have the power to overrule these tactics and assign other targets.

Once executed the game remains quite flexible. A commandant may choose to transfer control to another player and take a Harrier into the battle arena. Any number of players can be watching the overhead strategic map of the action. Teammates can communicate with the commander and even assign targets to one another.

The human pilots will take part in a real time simulation. The graphics engine of FN2 will be SVGA in 16 bit color under 3d hardware. Light source shading, bilinear filtering, alpha blending (smoke and fog) will all be in place. Object detail will be extremely high, and as in C3 a HUD display will be visible from OUTSIDE the aircraft. 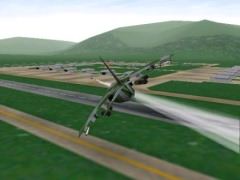 Sound detailing is also high, using software based Q-Sound to provide depth cueing and positional effects. Sound reflection will even be modelled, so that passing near a hangar in a Cobra will produce echoes.

Flight modelling is NOT being neglected, and both basic and realistic models will be available. The Cobra will model a nuumber of major aerodynamic effects including ground effect and retreating stall. The Harrier will also model realistic effects.

A virtual cockpit will be included, as well as an attempt to model peripheral vision using a generic identifier that pops up when an object is within 60 degrees of the forward view. 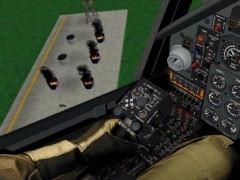 Weapons are being treated with infinite care. Sidewinders will wind through the air. We will see the fins unfold on bombs after they leave the nest. Avionics, though somewhat simplified, are similarly detailed. The Harrier will have twelve radar modes, the most often used of the 25 that are available in the actual aircraft. Gun recoil effects will be present, as well as a detailed damage model.

What about that player who continually disobeys orders? Issue him a reprimand and he gets a two minute pre-recorded dressing down from the commander. If he continues in his reprobate ways toss him out of the game. Because each copy of FN2 will generate a unique ID an expelled player will not be able to sneak back in under another name apart from the Commandants approval.

Will it matter if you are shot down? A captured pilot in FN2 means that the enemy learns the location of your airfields and HQ. In FN2 there is a powerful incentive to conserve pilots.

Finally, there is a Cuban campaign composed of 25 missions for solo players. The campaign will stress real-world rules of engagement, including such concerns as TOT and standard doctrine. Russian assets will include the MiG 19-29. Ground units such as the T-54 and T-72 tanks, ZSU, SA6-9 and eleven AA assets, even Mi-8 and Mi-24 helos. The virtual battlefield environment in the Cuban campaign can include up to 1500 units active at one time, so immersion should be almost as good as the mulitplayer game.