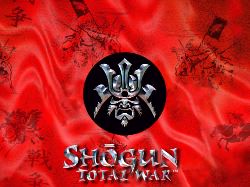 The key to good computer games is not pure innovation. Utterly new things tend to be like newborns - cranky, messy and shaky on their pins. A good designer understands how to integrate a number of concepts seamlessly into a theme so good that it has the freshness of something completely different.

Product director Mike Simpsons team at Creative Assembly accomplished this with Shogun: Total War. No single element of this is new. The strategic theme is similar to Microproses revered Sword of the Samurai while the tactical battles are reminiscent of Myth and Dark Omen. Production and the tech tree hearken back to Civilization and beyond. What Shogun does is to take all these and apply them to a single goal without any one of them taking primacy over the other.

Although the six stand-alone historical battles and the campaign takes place in the latter half of the sixteenth century, the backdrop of this game started around two hundred years before. A weak but rapacious shogunate had created a Japan at odds with the stereotype we have of Japanese society after 1600. An armed and organized peasantry terrorized the central governments. Rebels and outlaws ruled rich islands. More importantly, seven rich land-owning clans, headed by daimyos, sensed their opportunity to become establish their own shogunate.

The weak dynasty survived as long as it did only because six of the clans had to be defeated before a victor emerged. These circumstances created a situation for a heterogeneous military system and, though temporary alliances were made, an end game that allows no other victor except the most ruthless.