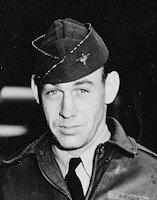 Dick Cole, the man who copiloted the lead B-25 on the famous 1942 Doolittle Raid

After he spent those 30 seconds over Tokyo that made him world famous, Richard Cole—Colonel Jimmy Doolittle’s copilot on the innovative April 18, 1942, raid against the Japanese capital—parachuted into China. With help he reached India where, for the better part of a year, he flew transport planes carrying cargo over the Himalayan “Hump” between New Delhi, India, and Kunming, China, and back, then transported glider-borne troops in an invasion of Burma.

Between those assignments Cole met, wooed, and wed fellow aviator Lucia Marta Harrell. Retiring as a lieutenant colonel in 1966, the former B-25 pilot took up orange growing in Comfort, Texas. His neighbor Warren Reed—who once had been a P-38 pilot—was growing grapefruit. For 14 years, the two former airmen delivered produce to a circuit of customers. Now, at age 100, Dick Cole travels to aviation-related events, has closed down more than one hotel bar, and at home enjoys rummaging in his barns. He recently sat for a phone interview facilitated by daughter Cindy Cole Chal.