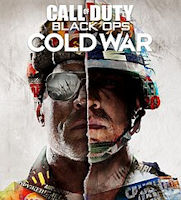 A new update is now live in Call of Duty: Black Ops Cold War, adding new content to Season One in the first-person shooter sequel. A post on the Call of Duty Blog has all the details on the new weapons and modes in today’s update along with more on the new 6v6 multiplayer map and a new zombies experience coming to the game on February 4th. This also kicks off the week of free access to the zombies mode they promised earlier this week. Here’s a summary of what’s in the new update:

The following are included in the Season One Update: