A brand new trailer for the post-apocalyptic Rogue Wave mode is available here.

In Rogue Wave, World of Warships’ new temporary Battle Royale mode, players will face off in four teams of three over resources in the flooded ruins of a sunken city, adding the ability for more than two teams to battle for the first time to World of Warships. Players will start with no consumable items, and will have to navigate a world on the brink of collapse with nothing but their ship and her armaments to defend themselves from other players. Other players aren’t the only threat, however, as throughout the match a wall of Wild Fire will steadily engulf the battlefield, pushing players closer and closer together, lest they get caught in the Fire and quickly lose HP.

Alongside Rogue Wave’s temporary Battle Royale mode, 0.8.5 introduces four Directives featuring ten missions each. Accomplishing these missions will enable players to earn Fuel Tokens and various other in-game items. Fuel Tokens can then be spent in the Armory on exclusive consumable post-apocalyptic camouflage, credits, Premium Account time and even a new Premium ship, the Benham – a Tier IX American destroyer, equipped with 16 torpedoes – a record for this Tier – and featuring unique post-apocalyptic camouflage as well as a new commander.

Additionally, the 0.8.5 update will introduce two new seasons of Ranked Sprints, where players will compete in 6v6 battles, while controlling Tier VII ships. Season 5 battles will be played in Domination mode, whereas Season 6 will feature Epicenter mode.

This update will also include Clan Brawl – a series of battles where clans will fight against one another over a single day for Steel and other valuable items, as well as a host of improvements and modifications, including new mechanics for damage inflicted to ships and shell penetration, a reworked minimap which now displays only the necessary information and much more.

Further details on the update 0.8.5. are available here and can be seen in the dev diary video here. 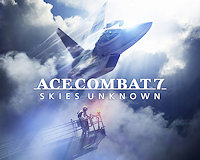 Ace Combat fans, your mission parameters have been updated and you are requested to rendezvous at the PlayStation™ Store, Microsoft® Store or on STEAM® to download a new addition to your aircraft fleet in the form of the ADF-01 FALKEN aircraft (which can utilize TLS, 4AAM and FAEB special weapons), Su-30M2 Sol skin and four new emblems including the Wardog emblem, Aces of Razgriz emblem, Ghosts of Razgriz emblem and the Scarface emblem. The Ace Combat franchise has always presented cutting-edge aircraft and weaponry, and Ace Combat 7: Skies Unknown continues this tradition with today’s DLC #2 package.

Adjust your heading to this YouTube link to see the contents of DLC #2 in action.

More Ace Combat 7: Skies Unknown DLC will be deploying in the near future; we’ll keep you apprised of the latest intel around their arrival. 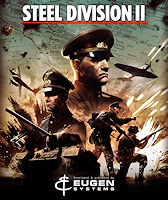 Up near the Korean DMZ there’s a place called Rodriguez Range. If you make the trek up the hill to the control tower, you can almost see the whole thing. Tank gunnery lanes stretch out for miles before you, curving around rugged mountains and eventually disappearing in the misty distance. Abrams tank crews qualify on this range, firing at targets five kilometers from their position, and seeing it from such a height, but still so close, provides a fleeting glimpse at the sheer geographic scale of war.

Steel Division 2 aims to provide an even larger and better perspective on war, and I’ll be damned if it doesn’t almost pull it off. 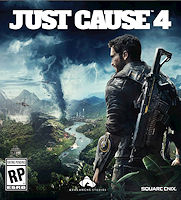 Just Cause 4 gets even bigger and more explosive this summer, with the arrival of another big content update for the most over-the-top open world sandbox experience around!

As supernatural forces invade the towns of Solis and infest its people, only Rico can save the day in Los Demonios, releasing on June 26th 2019 for Gold Edition & Season Pass owners, and July 3rd for everyone, on XBOX ONE®, the all-in-one games and entertainment system from Microsoft, PlayStation®4 computer entertainment system and Windows PC.

A parasitic infestation now spreads across the island of Solis, terrorizing its inhabitants and attacking anyone that stands in its way. Los Demonios will challenge even the most experienced action hero. Rico will need all of the skills & toys at his disposal in order to face the horrifying new threat and eradicate the demon invasion permanently, before it’s too late!

The Free Challenges update arrives as well to bring new ways to play in the Just Cause 4 open world sandbox. Every month, players will be able to earn cosmetic rewards for their wingsuit and parachute by completing inventive new Challenges & Trials that will test the limits of their mastery over Rico’s skills & gear.

Turn back the clock with the clean cut Just Cause 2 Rico skin, available now in the customization menu and free for all players.

Take the fight to the Black Hand in style with the outrageous Toy Vehicles pack, available in the all-new Black Market store. The miniature sized Tank, Boat & Jet brings hilarious explosive action and takes the over-the-top mayhem of Just Cause 4 to new heights, and even the Black Hand will respond in kind with Toy Vehicles of their own. Grow your collection of incredible vehicles that will add crazy new abilities and destructive powers to your tool set, with new premium packs available each month via the Black Market store.

“We wanted to follow-up the huge Spring Update for Just Cause 4 with even more great new content for our players! The Trials, Toys & Terror update will add more new gameplay elements, new challenges, awesome new equipment and new reasons for players to return to the open world sandbox action all year long,” said Victoria Setian, Senior Producer at Avalanche Studios.

“’Los Demonios’ is not only a return to the classic liberation style gameplay but also introduces a supernatural threat to the world for the first time in Just Cause,” said Bryan Rodriguez, Creative Producer at Avalanche Studios. “Players will face the most challenging content yet in ‘Los Demonios’, pushing them to their limits in both combat strategy and survival. Even veteran players will need to bring their A-game if they want to succeed in tackling the emerging demonic presence and protect Solis from total annihilation! Prepare your weapons and your wits, as ‘Los Demonios’ will be an off-the-wall experience Just Cause players will not soon forget!”

More game info is available at the official Just Cause 4 website.

Price reductions for DDR4 ICs, and memory in general, have been welcome news for the industry. Looking at system RAM in particular, it’s now possible to buy 16GB of DDR4-3,000 memory for £65, which is about half the cost as at the turn of the year.

Such pricing puts those companies interested in producing RGB-laden RAM into something of a quandary; they cannot charge too much more for the light-infused technology when the base cost is so low. It’s to this backdrop that Team Group intros the XCalibur Phantom Gaming modules.

NVIDIA released their latest driver package version, updating the software number up to 431.18. The new hotfix driver builds upon the previous 430.86 release, already fixed upon by another, previous hotfix driver 430.97.

You can download the GeForce Hotfix 431.18 driver through GeForce Experience or via GeForce.com.

Creative Assembly announces a Reign of Blood Effects Pack coming to Total War: THREE KINGDOMS on Thursday, which will increase the blood and gore level in the historical strategy game. Those who purchase this on Steam will find a new option for more gore in the game’s advanced graphics settings. This trailer shows this off, so avoid this if you faint at the sight of blood. Here’s word:

Please note that, depending on your country of residence, the Reign of Blood Effects Pack may raise the age-rating of the main game.

French independent developer and self-publisher Eugen Systems is happy to announce that their new real-time strategy game Steel Division 2 has launched on Steam (Windows/Mac). The Steel Division 2 launch trailer can be viewed HERE.

“We can’t wait for players to finally get their hands on the final version of Steel Division 2,” says Game Director at Eugen Systems Alexis Le Dressay. “On behalf of the entire development team at Eugen Systems, we want to thank our die-hard community and players who helped us continue to improve and polish this game through its extensive closed beta period.”

Set during massive Operation Bagration on the Eastern Front in the summer of 1944, Steel Division 2 pushes the limits of the World War II tactical experience. After an extensive closed beta period which saw the roll-out of brand-new game modes, units, and divisions to players who pre-ordered Steel Division 2, Eugen Systems (R.U.S.E., Wargame series, Steel Division: Normandy 44) is excited to welcome all strategy players to their latest game. Steel Division 2 is the sequel to the real-time strategy title Steel Division: Normandy 44, which was released to critical acclaim in 2017. Featuring the loving and painstaking attention to detail developer Eugen Systems is famous for, players can expect historically accurate units, weaponry, vehicles, aircraft and battlefields throughout the course of Steel Division 2’s new campaign, multiplayer, and co-op modes.

To stay up to date on the latest regarding Steel Division 2, be sure to visit the game’s official website and follow the developers at Eugen Systems on Twitter, Facebook, and YouTube. Fans can also interact with the Steel Division 2 team at Eugen Systems and find the latest developer diaries on the official Eugen Systems forums. The release of the Standard Edition of Steel Division 2 is available for $39.99/£34.99/39,99€, while the Commander Deluxe, General Deluxe and Total Conflict editions are available for: $59.99/£59.99/59,99€, $69.99/£69.99/69,00€ and $79.99/£79.99/79,00€, respectively. Complete details about each edition can be found here.