Tripwire Interactive today is pleased to announce that the sequel to the smash hit Rising Storm, PC Gamer’s 2013 ‘Multiplayer Game of the Year’, Rising Storm 2: Vietnam is now available for pre-purchase through Steam. As it marches closer to its impending release, the Digital Deluxe Edition of Rising Storm 2: Vietnam can be pre-purchased now, at a 25% discount. At release, the Standard Edition will be priced at $24.99 and the Digital Deluxe Edition at $29.99. The pre-purchase discount offers the DDE version at $22.49 from now until launch. In addition, the pre-purchase will enable buyers to join a final closed beta weekend before launch.

The sequel to the smash hit Rising Storm, Rising Storm 2: Vietnam is a hardcore tactical first-person-shooter set in the brutal killing fields of the Vietnam War. The game is a brutal, authentic recreation of the Vietnam War, allowing players to join the fight – whether it be on the sides of the powerful United States Military or the fearless Vietnamese resistance fighters.

Click here for the full press release and to view a dozen new screenshots.

By James Cobb @ The Wargamer

Ah, innovation –so oft desired, so seldom achieved! Yet a combination of familiar functions and concepts can be considered innovative if set in a new context. Eugen Systems and Paradox Interactive have teamed up to produce the first historical tactical game to be published by Paradox: its Steel Division: Normandy ’44 RTS offering. By picking one of the best known theaters of combat, they are tempting the cattiness of Grognards. This game better be special and the beta version is a good place to check out the probability of success.

This post on Steam has details on a new version 3.5 title update for Tom Clancy’s Ghost Recon: Wildlands. They say this is now available through Steam and Uplay, offering the following notes on what it does:

The PC Title Update 3.5 is now live on Uplay and Steam. Please update your game to take advantage of all the fixes and new features. Here is the complete list:

Wargaming today released Update 9.18 for World of Tanks, bringing fundamental changes to the game. The dev team started on their quest to evolve the game’s core by tackling some of the most heated issues the project has today. With this update, they introduced the new, template-based matchmaking system, made comprehensive changes to artillery, and revised light tank lines, stretching them to Tier X.

The improved matchmaker assembles teams choosing from a set of server-based algorithms—templates—so that both camps always have the same number of vehicles at the top/middle/bottom of the list. It also limits the number of SPGs per side to 3 at the most and significantly reduces the instances of map duplications. Together, these new rules and restrictions are designed to foster an engaging gaming experience where it’s almost impossible to predict the battle outcome and every player gets to contribute to it.

“9.18 is one of the most significant updates ever introduced, both in terms of the importance of the issues it tackles and sheer scope of fundamental changes it simultaneously brings into the game,” said Thaine Lyman, World of Tanks Product Director. “It’s been a massive quest for the team. We are thankful to players who pitched in to help us improve the core gameplay aspects. We’ll continue refining these newly introduced features, while also working on further improvements that fundamentally push the quality of the game forward.”

The newly implemented stun mechanic transforms SPGs into long-range support fire vehicles that can now debilitate enemy tanks, affecting factors such as their reload speed. Instead of inflicting critical damage, SPGs now play in close cooperation with the team. They set the attack direction and support their fellow tankers from afar.

Finally, light tank branches were stretched to Tier X, which marked the introduction of the regular ±2 tier spread for them. Five nations (USA, Germany, France, U.S.S.R., and China) were reinforced with new Tier X vehicles and went through a series of balance tweaks to make them suitable for ±2 battles. Boasting excellent speed and decent firepower, topped with superior scouting abilities, light tanks are now more capable than ever in augmenting their teammates and making a decisive impact on the battle. For more information on Update 9.18, visit the official World of Tanks website.

These Battlefield 1 Update Notes detail the Spring Update that’s now live in the World War I first-person shooter. This post is long and quite detailed, but the intro is a pretty concise summary:

Being a successful Battlefield player is all about playing the objective and working together as a team. With the Spring Update, we want to further push the team aspect of Battlefield and make teamwork an even bigger part of the experience – with the introduction of Platoons as this update’s central feature.

In this update, we are also releasing some much asked for server administration settings – yes, we heard you! More on that below.

We hope you will like the new features, bug fixes, and balance tweaks. See you on the Battlefield! 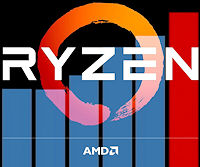 AMD has released its latest platform core-logic (chipset) drivers for Windows 10, 8.1, and 7. The new version 17.10 WHQL chipset drivers are particularly important for AMD Ryzen platform users, as it installs a new Windows power-management plan called “Ryzen Balanced Power.” This plan is better than the “Balanced” power plan Windows ships with, in that it hands over more power-management from the OS over to the silicon-level SenseMI power-management logic of Ryzen processors, which has more fine-grained voltage and clock-gating over cores, and which would otherwise cause latency issues with OS-level power-management using P-state triggers. The power plan is detailed at length in our older article. The power-plan is installed on machines with AMD A320, B350, and X370 chipsets.

You can download the AMD 17.10 WHQL Chipset drivers here.

NVIDIA released the new NVIDIA 381.89 WHQL Game Ready driver for Heroes of the Storm 2.0 and Warhammer 40,000: Dawn of War 3. If you own an NVIDIA GPU and plan to play Warhammer 40,000: Dawn of War III, Heroes of the Storm 2.0, Batman: Arkham VR, Rick and Morty: Virtual Rick-ality, and Wilson’s Heart, you might want to update to the GeForce Game Ready 381.89 WHQL driver. In addition to providing the “optimal gaming experience” for the aforementioned games, this driver also ads support for the recently launched Titan Xp, Windows 10 Creators Update, and an updated SLI profile for Descent: Underground.

Those of you running GPUs from different manufacturers in SLI should note that the company has discovered an issue where non-identical GPUs may run at different voltages in SLI. According to the release notes, this occurs because the GPU clocks are kept as close as possible, and the clock of the higher performance GPU is limited by that of the other. The bright side is that the higher- performance GPU saves power by running at slightly reduced voltages.

You can download the new GeForce 381.89 WHQL drivers from GeForce Experience and GeForce.com.

AMD has released Radeon Software Crimson ReLive 17.4.4, its fourth release for April. These drivers come with optimization for “Warhammer 40,000: Dawn of War III,” with up to 7 percent performance improvement seen on a machine powered by a Radeon RX 580. It also fixes display corruption seen on some machines with HDMI scaling, incorrect HDR colors on “Mass Effect: Andromeda,” DirectX 11 mode stuttering on CrossFire machines in “Battlefield 1,” a hang noted on Radeon RX 550 machines that haven’t been rebooted for a long time, and some UI improvements with Radeon Settings. The drivers also add a curious looking shortcut to your desktop.

You can download the Radeon Software Crimson ReLive 17.4.4 drivers here.

Today, Activision and Sledgehammer Games provided the first glimpse of the title that’s taking Call of Duty back to its roots – Call of Duty: WWII. We’re talking boots- on- the- ground gameplay delivering a visceral and immersive gameplay experience unlike anything we’ve seen before.

In addition to watching the worldwide reveal stream today, we also met with Sledgehammer Games Co-Founders and Studio Heads, Michael Condrey and Glen Schofield for added insights on what’s to come in the new game. They explained to us that Call of Duty: WWII is a very personal journey for the team, as they have been hard at work on this project for the last two and a half years. “This is based on one of the most monumental moments in human history, and we get to honor and respect that global sacrifice, to honor the men and women who fought for freedom on all fronts, on a global scale,” said Condrey.

Schofield added that the team named the main character after his father, who passed away during production. “The story Call of Duty: WWII follows a global and diverse cast, but for me it honors my father Ronald “Red” Daniels and his squad, and not just what they went through from a global perspective, but what they went through personally. We like to tell a story within a story, and this is no different.”

Both Condrey and Schofield underscored the fact that Call of Duty: WWII is about a squad’s remarkable journey of personal growth and heroism across Europe in World War II, and is a story about common men and women doing uncommon things to preserve freedom.

Welcome to the Fighting First
No mission too difficult. No sacrifice too great. Duty first!

Call of Duty: WWII focuses on the actions of a squad from 1944 to 1945, but will also touch on events from 1940 to 1944 to help set the stage for the narrative and establish the characters. It takes place in the European theater of conflict, at a time when the Allied forces were finally starting to gather strength on their march into Germany. You and your squad will fight your way through occupied France, Belgium, and across the Rhine into Germany.

The Front Lines and Beyond
Highlighting the diverse ensemble cast, players will also encounter the French resistance movement, featuring strong and vibrant characters who were fighting for their homeland even after all seemed lost. The game takes players from the beaches of Normandy to the liberation of Paris and beyond, across a variety of heart-racing engagements and epic battles.

To complement today’s gameplay reveal trailer (NSFW) and touch on more of the action that is coming in Call of Duty: WWII, here’s a few insights on two of the missions from the Campaign:

Multiplayer
There will be a Multiplayer reveal for Call of Duty: WWII at E3, which will take place in Los Angeles from June 13-15. You won’t want to miss it.

Multiplayer elements coming to Call of Duty: WWII include:

Call of Duty: WWII will be released on November 3, 2017. Pre-orders at participating retailers include access to the Private Beta, available first on the PlayStation4, scheduled for later this year.

Visit the official Call of Duty website to watch the hour plus long Call of Duty: WWII Worldwide Reveal Pre-show.