The latest update to Battlefield 1 fixes a number of freeze and crash issues, clears up a button problem with Xbox One controllers on the PC, takes care of some graphical issues, and also eliminates a problem that would occasionally cause the game to crash upon exit. The full patch notes are posted on the Battlefield forums.

Discover the renowned British cruiser in mixed reality VR, then put her to the test in-game

World of Warships fans and historical enthusiasts alike can jump into the HMS Belfast VR Experience, then set sail with the historic British cruiser in-game.

HMS Belfast, the largest preserved warship in Europe, played an important role in the Battle of the North Cape in 1943, assisting in the destruction of one of the last big-gun German warships: Scharnhorst. At the time, HMS Belfast was the most advanced light cruiser in the world, and she will soon arrive in World of Warships as a Tier VII Premium ship, as part of the Royal Navy line.

With the help of World of Warships historians Richard “The Challenger” Cutland and Nicholas “The Chieftain” Moran, you can discover just what HMS Belfast is made of in the new 360-degree video, which teleports you to the real ship on the River Thames in London, mixing in battle visualizations using the highly detailed 3D ship models from World of Warships.

“HMS Belfast is a famed vessel that inspired us to create an unprecedented VR experience that deepens the historical connection to the World of Warships in-game experience,” said Alex Bobko, Head of Marketing Special Projects at Wargaming. “We just couldn’t pass up such deep access to this noteworthy ship. Visiting her in London allowed us develop groundbreaking content for our viewers, inviting them to jump into a mixed reality VR experience on the real ship, and then get hands-on experience with her in-game.”

Wargaming would like to thank the Imperial War Museum for the opportunity to create the VR experience inside HMS Belfast, and discover what life was like at sea for the crew from 1938 to 1963.

The HMS Belfast VR Experience is viewable for free on any Virtual Reality headset, as well as any mobile or desktop device.

For the latest game information, visit the official World of Warships website.

Our Command LIVE News Editorial team never stops keeping you informed! The fire seems still smoldering across the Don River, and rumors of multiple boarders skirmishes have been confirmed! If Russia mobilizes, could NATO prevents her moves? What could be her objectives?

Find it out in this in-depth analysis (.PDF)!

Gets more information about Command LIVE: Don of a New Era from its official product page! 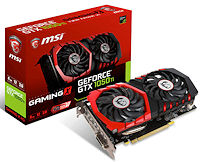 NVIDIA has released its GeForce GTX 1050 Ti and GTX 1050 graphics cards.These new graphics cards are aimed at the budget gamer. A number of websites have received copies of the NVIDIA GeForce 1050 Ti from custom-design manufactures for review and we have provided links to those sites below.

After pulling last Friday’s 375.57 WHQL drivers from their website, NVIDIA has now replaced them with a new build. The new 375.63 drivers are largely equal to the previous ones, including performance profile and game support, with the only notable differences being the fixing of a bug with Windows 10 tiles, introduced by the previous driver build, as well as introducing support for the company’s upcoming GTX 1050 and GTX 1050 Ti products.

You can download the new GeForce 375.63 WHQL drivers from GeForce Experience and GeForce.com.

Battlefield’s best stories have always been found when there are some 63 others screaming mad by your side. Playing as the lone soldier holed up in the attic of a villa, wiping out an entire squad as they rush to take a capture point; manning the AA gun on a rocky island outlet and sending a fighter plane tumbling down into the rolling seas; or spotting the silhouette of a lone horseman appearing through the fog that has just crept upon a mortar-chewed village. These are tales worth retelling.

All the better when they’re played out in fancy dress. Whether that’s been the khaki slacks of the original 1942, the mecha keks of 2142 or the jungle fatigues it let you don for Vietnam, Battlefield’s always been at its best when it’s got a neat costume to hand. It’s no surprise to see the series back on top of its game, then, with Battlefield 1, DICE’s attempt to explore the relative No Man’s Land of the First World War. It has even narrowed the gap between the superb multiplayer and the typically weak single-player, though the campaign still trips over itself in its attempts to appear respectful to what’s perceived as difficult subject matter.

DICE, an Electronic Arts Inc. studio, today announced the highly anticipated worldwide launch of Battlefield 1 in stores on Xbox One, PlayStation®4 and Origin™ on PC. Battlefield 1 is already being heralded by critics worldwide, winning over 45 awards including Best Action Game at E3 from the Official Game Critics Awards and also the Consumer Award from the Official gamescom Awards. In addition to this, the game is being praised for its all-out war multiplayer experience and impressive re-imagination of the Great War through its single player War Stories. IGN applauded Battlefield 1 for its “exhilarating multiplayer” and Digital Spy called it “the best Battlefield we’ve had in years.”

In Battlefield 1, experience the dawn of all-out war on an unmatched epic scale, full of a variety of new gameplay opportunities. DICE set out to build the most immersive and dynamic Battlefield game ever, continuing to improve their multiplayer sandbox experience through ever-changing environments with intuitive destruction and dynamic weather in up to 64-player battles. In Operations, a brand new multiplayer mode, players can fully immerse themselves in a series of interconnected battles, holding the front line across multiple maps. And if the battle is looking lost, call in a Behemoth, the largest fully player-controlled vehicles ever seen in Battlefield or deploy as one of three destructive forces of the Elite Class. In the unique single player campaign, players can immerse themselves in War Stories, played from the perspectives of different protagonists across the globe from the deserts of the Middle East to the skies of the Western Front.

“Battlefield 1 was a passion project for us at DICE and after years of working with the World War 1 era, we realized what a perfect fit it was for the Battlefield all-out-war style of play,” said Aleksander Grøndal, Senior Producer, DICE. “This was truly a fascinating time as it gave birth to modern warfare with many weapons, vehicles and gadgets being first introduced into the world and we wanted to share those things through a modern lens for all players to experience.”

When Battlefield 1 was first revealed in May 2016, it was lauded by fans and media alike for the bold decision of setting, opening up the possibilities for brand new gameplay opportunities. Since then, the Battlefield 1 reveal trailer became the most-liked trailer on YouTube this year across any medium, with over 2 million likes, and sparked a momentum of anticipation for the game leading up to today’s launch.

Find out more about Battlefield 1 at the games official website.

You can download the new GeForce 375.57 WHQL drivers from GeForce Experience and GeForce.com.