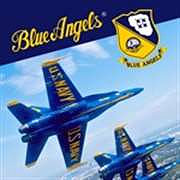 RORTOS, the Italian leader in the development of flight simulators, announced today “Blue Angels: Ready, Break!” has launched for Windows 10 on the PC. Rortos successfully launched its mobile flight simulator Blue Angels: Aerobatic Sim for ioS and Android platforms in July, and an Xbox version of the game is currently in development.

The flight simulator for PC includes new features since the mobile version was released including enhanced graphics, compatibility with the joystick, Hotas, Flight Yoke and Pedals for an even more immersive and realistic experience.

“We are excited to introduce “Blue Angels: Ready, Break!” to our fans, gamers, and flight simulator enthusiasts,” , said Roberto Simonetto, CEO of RORTOS. “Players will find BLUE ANGELS: READY, BREAK!” delivers the perfect flight simulation experience for PC. With the addition of the keyboard, joystick and pedals, gamers can expect an exhilarating Blue Angels flight ahead.”

The game is now available for $9.99 at the Windows store.