The US Strategic Bombing Campaign on Japan, Part 3

As soon as Colonel Paul Tibbets felt his B-29 bomber the “Enola Gay” lurch upwards following the release of the 9,700 lb. atomic bomb “Little Boy” from its bomb bay, he and his co-pilot advanced or “firewalled” the engine throttles to maximum over boost as he put the plane into a shallow dive to gain as much speed as possible and put as many miles between his fleeing bomber and the nuclear bomb currently hurtling towards earth. He had two minutes before the bomb was scheduled to detonate in an air burst 2,000 feet above the city. He ordered his crew to put on their welders goggles over their eyes to shield them from the bomb’s expected blinding flash. Concussion from the bomb’s detonation rattled and shook the bomber as one crewman exclaimed “My God!” over the interphone as to what he witnessed below. A massive mushroom shaped cloud of many colors boiled and arose thousands of feet above the now brightly blazing city. A Japanese fighter pilot flying through the same cloud rolled back his canopy and stretched his hand outside the cockpit to the colorful smoke all around his plane. In doing so, he unknowingly signed his own death warrant and soon died from radiation poisoning in the coming days. The bomb killed 78,000 people although many thousands more would die from its after effects in the weeks, months and years afterwards. In addition, the bomb destroyed almost 5 square miles of the city. The Enola Gay and its five accompanying weather spotter bombers returned to the Marianas without incident. Their 509th Composite Group had dropped the very first atomic bomb in wartime history. Unfortunately, the Japanese military government remained completely unmoved in their fervent Bushido code desire to continue their suicidal war to its bitter, bloody end against the Allies.

Gary Grigsby’s War in the West, the huge wargame that was released at the end of last year, has received yet another update. Patch 1.00.11 brings a great deal of changes and balance fixes, that create even more historical gameplay than this extraordinary detailed game could already bring to the table. In addition, the patch boasts a handful of AI improvements, as well the implementation of many new aircraft photos and unit symbols.

Gary Grigsby’s War in the West 1943-45 is the most ambitious and detailed computer wargame on the Western Front of World War II ever made. Starting with the Summer 1943 invasions of Sicily and Italy and proceeding through the invasions of France and the drive into Germany, War in the West brings you all the Allied campaigns in Western Europe and the capability to re-fight the Western Front according to your plan.

The full changelog can be found here.

The patch can be downloaded and installed automatically by launching the updater tool. The manual download can be found here.

Click here to find out more about Gary Grigsby’s War in the West.

Gary Grigsby’s War in the West 1943-45 Strategy and Wargaming | Donster | January 30, 2015 |
EA and Visceral Games Take Players to the Streets in the Battlefield Hardline Open Beta on February 3

Get a Piece of the Action in an All-New Cops vs. Criminals Battlefield Multiplayer Experience Built on Speed and Strategy

“There’s nothing more valuable to our team than the relationship we have with our community. Their passion feeds our passion and their feedback has definitely helped make Hardline a better game,” said Steve Papoutsis, General Manager of Visceral Games and Executive Producer of Battlefield Hardline. “We want them to play the hell out of the beta next week and trust that they’ll keep that feedback coming so we can continue to fine tune the game.”

Battlefield Hardline builds on the foundation of the franchise’s signature multiplayer experience focused on team play and strategy and adds a new dimension of speed, making it the fastest Battlefield game ever. The open beta will feature three different maps and modes highlighting this cops and criminals fantasy world. The all-new Hotwire mode brings high-speed chases to the battlefield, as the criminals attempt to steal a list of marked cars while the cops try to repossess them. Available on two maps in the beta, Downtown and Dust Bowl, success in Hotwire will be predicated on teamwork and precision driving. Players can also experience the Battlefield franchise’s signature mode Conquest in Dust Bowl, with epic battles for up to 64 players**. And finally, the beta will also feature Heist, another new mode being introduced in Battlefield Hardline. Playable on the map Bank Job, the mode will pit criminals trying to pull off that big score and break into a bank vault, securing their take at drop off points in the map while a squad of cops work together to stop them.

The Battlefield Hardline beta will also provide access to the full breadth of multiplayer progression in the game, which features fresh new weapons, vehicles, gadgets and gear. Players will have to create new strategies on the battlefield with faster getaway methods like the zipline and muscle cars, or new entry tactics with the grappling hook and non-lethal takedown options like arrests, interrogations and stun guns. On top of all this, the beta will give the first look at another game mode called Hacker. This takes surveillance to the next level as one player on each side can hack the battlefield in different ways including hacking into security cameras, spotting enemies and specifying areas for their team to attack or defend. Hacker mode will be playable on all modes in the beta. 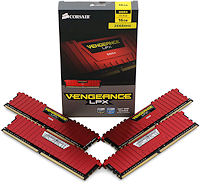 With Kingston’s almost-value-priced DDR4-3000 barely able to overclock past its rating, I began to wonder if a lower-rated part from an overclocking-focused brand might be a little more flexible. Corsair’s Vengeance LPX looks the part, particularly in its CMK16GX4M4A2666C15R (that last R is for Red) limited edition. It’s cheaper than Kingston’s parts, and if it can match them in an overclock, we just might find a top enthusiast value. 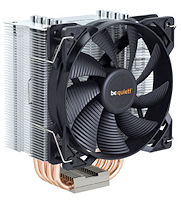 On the test bench today we have Be Quiet‘s Pure Rock heatsink – a 155mm tall tower cooler built around four 6mm diameter copper heatpipes and paired with one of Be Quiet‘s ‘Pure Wings 2′ low noise 120mm fans. The Pure Rock heatsink has a relatively narrow footprint of 121x89mm so it should fit most motherboards where the memory slots are tight against the CPU socket. The heatsink ships with a single 120x25mm fan that spins at 1500RPM, moving up to 51CFM at 1.25 mm/H2O according to manufacturer specs.

“So long as the opposing forces are at the outset approximately equal in numbers and moral and there are no flanks to turn, a long struggle for supremacy is inevitable” (General Sir Douglas Haig – British commander)

Praised for its historical accuracy and its capacity to properly cover a huge conflict that involved thousands of men and units, Ageod’s WW1 wargame, To End All Wars, amazed history buffs last summer. However, the huge scale of the Grand Campaign was demanding a lot of time and a deep involvement from the players. So the developers went back to the WW1 battlefields and selected a list of smaller scenarios able to not only offer an original approach of the war, but also to provide true tactical operational challenges to their fans!

As a result, we are pleased to announce today a first expansion called Breaking the Deadlock, introducing some key confrontations of the Great War!

The game is currently in a late beta stage and will be available on February the 24th.

Get more information on To End All Wars – Breaking the Deadlock from its official product page.

Wargaming is excited to announce that the Wargaming.net League 2015 Grand Finals will be taking place on April 25–26 at EXPO XXI in Warsaw, Poland. Organized with support from the city of Warsaw, the event will see the 12 finest World of Tanks teams clash in a series of high-octane battles to determine who deserves the title of the world champion.

“The biggest WGL eSports event is about to start its engine,” said Mohamed Fadl, eSports Director of Europe and North America at Wargaming. “The recent revamp of tournament rules changed the surface of WGL eSports. Soon, we’ll see the best of the best meet in the final face-off in what’s set to be a breathtaking and action-packed Grand Finals.”

“I’m delighted that Warsaw, for a second time in a row, will be hosting the best World of Tanks pro players,” said Michał Olszewski, Deputy Mayor of Warsaw. “It’s thanks to the excellent cooperation and the great atmosphere of last year’s event that organizers decided to choose the Polish capital once again for the Grand Finals. The previous tournament gathered masses of spectators and I hope that this year will be another resounding success.”

Ahead of last season’s regional qualifiers, the Wargaming.net League introduced a revamped tournament format, coming up with Attack/Defense mode. The new setup and rules were developed in cooperation with pro gamers to strengthen gameplay and streamline objectives in eSports matches for World of Tanks.

Whether playing in attack or in defense, teams now have to take a proactive role in order to win, enhancing the tournament’s entertainment value. Having no chance of a draw, players must seize the initiative in battle to ensure victory. The teams had one season to refine their tactics and master the new setup.

During its first year, the Wargaming.net League has attracted over 200,000 pro gamers and hosted over 1000 tournaments. Drawing on the enthusiasm of Wargaming, its players and fans, the upcoming Grand Finals are set to be an even larger spectacle than last year’s event.

The 2015 Grand Finals will be free to the public, with a variety of prizes and exclusive giveaways for the most passionate spectators.

Razer, a world leader in connected devices and software for gamers, in partnership with Las Vegas-based Gaming-Grids, today announced the first phase launch of Razer Arena, a new competitive gaming ecosystem for everyone. The service will be powered by the voice chat gaming messenger, Razer Comms.

In the first phase, users will be able to participate in daily challenge cups to get familiar with the tournament platform, as well as participate in tournaments produced by selected partners.

In the second phase, slated for March 2015, users will be able to host their own private tournaments. Successful Razer Arena tournaments may be featured alongside professionally organized events.

More information is available at the official Razer Arena Website. 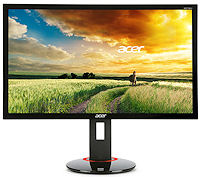