Paradox Interactive and Paradox Development Studio today released a new developer diary video for Hearts of Iron IV, the upcoming World War II strategy game for Windows, Mac, and Linux PCs. The video features a visit to the “Arsenalen” museum of military vehicles in Sweden, where Hearts of Iron IV’s Project Lead, Dan Lind, invites eager commanders to join him on a tour of how different tanks were used to turn the tide of war – and how different nations pursued tactics of quality vs. quantity.

This tour is connected to new game discussion and in-game footage as details about industry, war experience and vehicle production are revealed.

Hearts of Iron IV challenges players to face the brutal conflict of World War II in a multifaceted grand strategy game, where history can be fully relived or rewritten from the perspective of a global superpower attempting to change the world – or a small nation simply trying to survive. Players will have to involve themselves in every facet of wargaming, from diplomacy with authentic historical figures to production and resources, along with battles on land, sea, and air. The most authentic real-time World War II simulation is scheduled to release next year for Windows, Mac, and Linux PCs.

The “Rush to the Front” reward campaign for Hearts of Iron IV is still going strong, and ambitious generals who would like to obtain rewards for signing up, including the chance to participate in the Hearts of Iron IV beta ahead of the game’s launch, can still do so by visiting www.heartsofiron4.com.

Battlefront.com has released the 3.11 patch for Combat Mission: Battle for Normandy for both PC and Mac! The patch is NOT compatible with the 1.0 or 2.0 branches of the game. You need to have the 3.0 Upgrade installed in order to be able to use this patch. The patch updates the base game and any modules or packs you may have installed automatically. 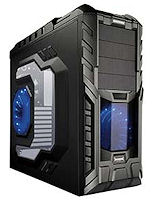 Thor is one of the most well known gods of the ancient mythologies. He is also part of modern daily life, since the fifth day of the week, Thursday (Thor’s day), is named for him. As the Norse God of thunder and lightning, Thor wields one of the greatest weapons ever made, the enchanted hammer Mjolnir. Thor is one of several powerful ancient beings who dwell in a magical realm called Asgard. It’s no wonder that companies will use variations of his name or likeness to market their products, especially with the Marvel movies craze bringing Thor to further prominence.

Today we have the pleasure of reviewing the Thormax GT (Giant) Full Tower ATX case from Enermax. It is a bold and prodigiously styled full tower chassis made for diehard gamers and computer enthusiasts alike, but can it live up to the roots of its mighty name? Read on to find out! 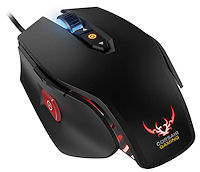 We have been working our way through Corsair Gaming’s products, since the brand launch a couple of months ago and today we have another connected to our system. So lets take a look at an enthusiast gamer targeted mouse in our Corsair Gaming M65 RGB review.

Freezing rain and biting sleet pelted the men of the elite Canadian-American 1st Special Service Force (aka The Devils Brigade) as they climbed the ice slick ropes up the steep side of Monte la Difensa Italy on the night of 2 December 1943. After hours of climbing the sheer rock mountain walls with their weapons and heavy packs strapped onto their backs, the men of the Second Regiment reached its summit and deployed, going to ground to lie motionless in holes and defiles well above the dug-in German positions further down the mountain. Before long the men lying absolutely still on the ground, were encased in a thin rhyme of ice. They were nearly completely glazed over as they waited patiently for the remainder of their men to join them and begin the attack on the clueless Germans still sleeping below. In the wee hours of the morning, and at the appointed attack hour, the Forcemen, with their faces blackened with boot polish, arose in a body and low-crawled to enter the German defensive trench works, silently slitting the throats of every sentry they encountered. The Germans, still fast asleep in their bunkers, at first remained completely unaware of their enemy’s presence. Around 0600 hours, one of the advancing Forcemen tripped a loose shale of rock sending a cascade of gravel and rocks noisily rattling downhill. One of the surviving German sentries popped a parachute flare skyward, bathing the mountain top in unworldly magnesium light and the fight was on. Both sides exchanged grenades, their targets illuminated only by explosions or the constant popping of aerial flares. A 1st SSF captain was trying to take a surrendering German prisoner when the German’s comrade sprang from his hiding place and shot the officer point-blank in the face, killing him. From then on, Frederick’s men took no prisoners unless specifically ordered to do so for interrogation purposes.

Game Informer’s Just Cause 3 announcement coverage continues with word that Just Cause 3 will not ship with multiplayer, and any multiplayer support the sandbox action sequel receives will come after release, similar to Just Cause 2, which has a multiplayer mod created with Avalanche’s blessings. Studio cofounder Christofer Sundberg remains guarded on the topic at this time, saying, “Maybe sometime down the line, we’ll take Rico into the modern world of multiplaying.” The article also talks with the creators of the Just Cause 2 multiplayer mod, who remain cagy, raising suspicions they may have plans they are not revealing at this time. Shinra Technologies vice president of business Jacob Navok has the following to say:

“We’re working on a possible future collaboration with Avalanche Studios.” Game Informer may have more game information they are not sharing as well, as despite the vagueness of all the official statements, they come away saying they’d bet “not a small amount” that MP support will eventually come to the game.

The battle in Final Stand reaches its epic conclusion on four all-new maps set on the wintry Russian landscapes. On Giants of Karelia, Hammerhead, Hangar 21, and Operation Whiteout you’ll fight both the opposing team as well as the sub-zero temperatures and harsh blizzards. Taking cover inside, you’ll find secret installations with military prototypes reminiscent of those in Battlefield 2142.

Revisit the Battle of the Bulge in this all-new standalone content for Company of Heroes 2!

SEGA of America, Inc. and SEGA Europe, Ltd. are pleased to announce that Relic Entertainment’s Company of Heroes 2: Ardennes Assault is available to purchase online and in stores today with an RRP of £29.99/$39.99/€39.99. Based around the Battle of the Bulge, which Churchill called “arguably the most important victory in American military history,” players will take on 18 all-new single player scenarios as they attempt to drive the advancing German forces out of the Ardennes region and lead their heroes on a path to glory.

The Silent Base 800 is be quiet!’s long awaited entry into the case market. Rumors were confirmed at Computex 2014 with the case making its first official appearance, and after more than 12 months in development, it is finally available. The resulting Silent Base 800 may just be the start of a great new product line by be quiet!.