In the world of naval battles it’s typically Battleship or bust, but not any more — Let’s wave hello to World of Warships, the naval battle game that’s currently in development from Wargaming.

There are tons of different battleships out there, but today the developers of World of Warships sat down to look at one type, aircraft carriers.

How will aircraft carriers impact gameplay in World of Warships? Well, those carriers bring a unique set of gameplay to the fight. They carry different types of warplane squadrons; Dive Bombers, Torpedo Bombers, Scouts and Fighter Planes. Each type can be launched from an aircraft carrier and can turn the course of battle with use.

Today is the day of the great launch, as we are overjoyed to be able to tell you that Buzz Aldrin’s Space Program Manager is now taking off and reaching new heights! Now that the game is officially released, nothing is holding you back from jumping in and exploring the solar system, as you race to be the first agency to put a man on the moon!

Following an intense and satisfying early-access period, Buzz Aldrin’s Space Program Manager has been designed in direct cooperation with the community, taking ideas from the fans and implementing them as new features. This includes the addition of the Soviet Space Agency, as well as the often requested multiplayer modes. It is thanks to the early adopters that we have been able to the most out of the game and we thank them all for their input.

In order to celebrate the launch of Buzz Aldrin’s Space Program Manager, we have teamed up with the Kennedy Space Center in Florida to organize a contest with awesome prices! The contest will be open to anyone who owns a copy of the game and the main price will be a trip to the Kennedy Space Center itself! In addition to the contest, we are also giving you a $10 discount for the first week!

The Steam version of Space Program Manager is also available!

Buzz Aldrin’s Space Program Manager (SPM) Road to the Moon is the ultimate game of space exploration. It is the mid 1950s and the race for dominance between the US and the Soviet Union is about to move into a new dimension: space. Take charge of the US or Soviet space agencies – your duty is be the first to the moon. Carefully manage your budget by opening programs, spending R&D funds on improving the hardware, recruiting personnel and astronauts and launching space missions in this realistic turn based strategy game.

This “Discover Your Power” video promotes Call of Duty: Advanced Warfare with some live-action, because it is apparently difficulty to get Hollywood directors like Peter Berg to work with video game characters, who do not take kindly to feedback. Word is: “Suit up and unleash the raw power of the advanced soldier in the live action trailer for Call of Duty: Advanced Warfare. Directed by Peter Berg and starring Taylor Kitsch and Emily Ratajkowski, fight your way through a series of enemy forces and discover new movements, capabilities and weaponry along the way in this heart-racing journey through 2059 Lagos.”

All of Paris is your playground in Assassin’s Creed: Unity. All of it. We can’t tell you exactly what you’re seeing in the trailer (we want to leave you with some big surprises), but we can tell you it’s going to blow your mind. Get your first look at Unity’s time anomaly, a brand new feature in the Assassin’s Creed universe.

Assassin’s Creed: Unity will be available on November 11 on Xbox One, PS4 and PC. You still have a chance to pre-order the game and receive the Chemical Revolution single-player mission. You can also pick up the Season Pass for access to the Dead Kings campaign and the standalone game Assassin’s Creed Chronicles: China, starring Shao Jun from Assassin’s Creed Embers.

My.com is excited to share another of the vehicles that will be found in Armored Warfare – a video of the American M1128 MGS Stryker Armored Fighting Vehicle.

In the early seventies, the Swiss company MOWAG developed a new armored personnel carrier and multipurpose wheeled chassis. The designers carefully considered every detail and nuance when deciding where to place the armor, what shape the body should be, as well as the ergonomics and the chassis. This new armored vehicle was called the Piranha and it became a benchmark for all future wheeled armored vehicles. It inspired the Canadian BMP LAV III, which then served as a basis for American military vehicle research.

The Stryker, a modified and improved Piranha, underwent serious competition to get into the U.S. army. The Stryker was adopted as a universal platform for a whole range of vehicles, including the M1128 MGS AFV, with heavy armament mounted on the remote-controlled turret.

The Stryker is often criticized because of its high cost and excessive weight. But its high speed, which is excellent for a wheeled armored vehicle, its large load capacity, its ability to mount different weapons and its additional armor justify its weight and price.

The M1128 MGS is fitted with a 105mm M68 gun, which has similar firepower to the M60 main battle tank gun. Armor plating provides protection from autocannon fire.

In Armored Warfare, the M1128 MGS fighter tank is one of the most powerful AFV’s and it occupies a worthy position among Tier 8 vehicles. The Stryker can move quickly and fire rapidly with high precision, even while moving, inflicting significant damage to the enemy. However, it does not have the maneuverability of treaded vehicles.

Although the M1128 MGS has relatively weak armor, its advantage lies in its high movement speed, and it shouldn’t be underestimated on the field of battle. The M1128 MGS Stryker is a worthy rival for main battle tanks and will undoubtedly appeal to all lovers of wheeled vehicles.

Live now, the latest free update for Rome II adds the festival of Lemuria to the game and a new seasonal challenge, Nightmare Mode!

Lemuria was an ancient feast during which restless spirits were exorcised from the home with the alternate offering of beans and then clashing of cooking pots. Perhaps an early Roman version of Trick or Treat?

Nightmare Mode can be toggled on from the game options menu, causing your troops to suffer horrifying visions in battle. Harpies descend from the skies as a terrifying atmosphere envelopes your forces. Assailed by such apparitions it is no surprise that your soldiers will find the enemy extremely frightening!

Any generals skilled enough to complete a Campaign battle in Nightmare Mode will earn a new Steam achievement and the adoration of their peers. May the gods help you if you try to complete a whole campaign…

More details on this update and exclusive new detail about the recently announced Total War: ATTILA can be found in this month’s Rally point.

You Gotta Have Faith to Conquer the Most Detailed Map Ever

Paradox Interactive has released “Art of War,” a new expansion for the award-winning grand strategy game Europa Universalis IV, for Windows, Mac, and Linux PCs. In what could be the largest expansion DLC in Paradox history, Art of War includes a broad selection of updates and features for Europa Universalis IV starring the most detailed and historically accurate map in Paradox’s strategic titles to date. Hundreds of new provinces dot the globe as the masters of grand strategy cast their eye on new nations and history beyond Europe’s shores.

Marvel at the size of Art of War by viewing the launch trailer.

Alongside the release of Art of War, a massive, free patch with loads of new content has also been issued that all players of Europa Universalis IV can download and use. Details on what is available in patch 1.8 can be found HERE.

Independent developer Rebellion has announced the launch of a completely FREE new singleplayer mode for Sniper Elite 3 called the “Shooting Range”. Testing the skills of even the sharpest marksmen, the Shooting Range offers four sharpshooter challenges and new achievements across dedicated rifle, SMG and pistol ranges.

The Shooting Range also enables any player to plan their perfect loadout for the campaign and multiplayer modes by enabling them to test the game’s complete collection of over 30 weapons, including all firearms developed and released as DLC since launch.

This week you can get 33% OFF individual Sniper Elite 3 weapon packs on Steam or save a massive 50% with the Weapons Pass on the Rebellion Gamestore, gaining instant access to 24 new weapons! Upgrade your arsenal to a new level today to become the ultimate sniper! Sale ends November 5th.

Today we’re looking at an interesting mechanical keyboard from Tesoro, the Excalibur G7NL. Appearing to be well designed, sporting a uncomplicated design, catering to gamers who want something simple and solid, the Tesoro Excalibur G7NL has some unique features including full N-Key rollover, extensive lighting effects, and perhaps most notable, a very attractive price of only $90. Let’s delve a bit deeper and see if the Excalibur G7NL can stand out in a widening field of mechanical keyboards. 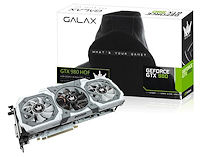 We review the GALAX GeForce GTX SOC edition. SOC is short for Super Overclocked, and that certainly is the case. Armed with sturdy looks, based on a custom PCB and a third party cooler the guys behind KFA2 and Galaxy introduce this gaming weaponry. The card has 4 GB graphics memory, is energy efficient and factory overclocked for you. Oh and hey, it overclocks nicely as well as we even pass 1500 MHz on the GPU boost frequency.