The Battlefield Blog has announced the release of the Battlefield 4 Fall Update for DICE’s first-person shooter.  With this major patch for Battlefield 4, player movement has been improved to more closely match that of Battlefield 3, while still maintaining the animation fidelity of Battlefield 4. In addition, the High Frequency Network Update has now been added to the PlayStation 3 and Xbox 360 and is set to default. This makes the server update the client on what is happening with greater frequency, resulting in a smoother, more “correct” player experience. By popular demand, the Fall Update also introduces a new preset called “Classic Mode”. Rules on these servers hone back to Battlefield 2/3 and are designed for skilled players looking for more of a challenge and seeking stricter rules.

Wargaming today announced the all new game mode for World of Tanks, Tank Rally, is now live. Players around the world will be able to race in a free custom- built M24 Chaffee Sport on a modified version of the Port map through October 12th.

The new race mode pits teams of three against each other in mad dash to the finish line culminating in fierce battle to capture a control point. The track itself is filled with obstacles, ramps and explosions mixed with the onslaught of enemy fire challenging players to use their skills to emerge victorious. The only vehicle available in Tank Rally, the custom-built M24 Chaffee Sport tank, has been credited to all registered player accounts for free.

Tank Rally will also offer a special in-game medal, “Racer 2014,” which is awarded to each player on the winning team, along with a set of combat missions allowing tankers to earn experience points and credits.

Click Here for more information about World of Tanks.

My.com has today revealed the details of PVE missions, or team mode, which provides players the chance to take part in large-scale battles with a group of friends.

“This is an independent part of the game and a great alternative to PVP battles. The entire mission will take around 20 minutes, with teams of a maximum of four players. A group of friends or clan members can gather to complete a mission or you can join a randomly compiled team of fighters.”

Get more game information at the official Armored Warfare website. 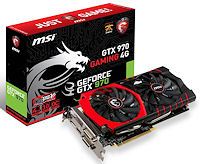 The MSI GeForce GTX 970 GAMING 4G video card is making the GeForce GTX 780 and AMD Radeon R9 290 obsolete. This $349 video card puts up a fight and punches in a win at this price. The overclock alone is somewhat staggering. If you are about to spend money on a GPU, don’t miss this one. 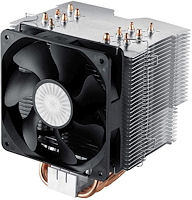 The PC cooling marketplace is now filled with great looking liquid coolers which are designed to offer enthusiast performance along with ease of install. To many consumers though they are an expense, or a perceived risk that is a step too far and so air coolers remain popular. Recently one of the better known names in the cooling business launched a new revision of a popular product and today we cover that in our Cooler Master Hyper 612 Ver2 Review.

This morning at an event in San Francisco, Microsoft announced the next version of its Windows operating system: Windows 10. Starting tomorrow, Microsoft will launch a Windows Insider Program that will give users who are comfortable with running very early beta software access to Windows 10. This first preview will be available for laptops and desktops. A build for servers will follow later. Microsoft says it is opening up this beta process to get more feedback from more users early on, but also noted that this will be a learning experience for the company and that some experiments users will get in new builds may not make it into the final version.

You can download the AMD Catalyst 14.9 WHQL drivers HERE.

The Battle of Ypres Autumn 1914

In the Autumn of 1914, during WWI’s “Race For the Sea,” the final gasp of mobile warfare between the warring Anglo-French Allies and German Central powers came with the Battle of Ypres. The Great War that began with the assassination of an Austro-Hungarian Grand Duke now spread throughout the far corners of the world, while encompassing most of the key players on the world stage. Nowhere was the fighting more fierce and prolonged as that now taking place throughout France and Belgium.

We’re a little under two months away from the launch of this year’s Call of Duty entry, Call of Duty: Advanced Warfare. And since it feels like no major game can come out and surprise people anymore, let’s delve into the game’s Achievement/Trophy list, because that’s been revealed today.

Speaking of Advanced Warfare’s campaign, don’t expect this one to be as short as its predecessors and end after 5-6 hours. Sledgehammer Games‘ first shot with the Call of Duty series’ campaign mode will apparently clock in with a longer playtime. Said Glen Schofield, studio head and co-founder of Sledgehammer, in response to a question on Twitter, this particular campaign is “coming in longer than the last few.”